(image post) Playing with a picture (of a tree)

So it may have come to your attention that I have tendency to take pictures, and then play with them.  Sometimes I play with pictures that I didn't take, which can involve scaling in creative and hopefully semi-artistic ways.

And recently, while my camera was missing, I used the built in webcam to take a rather crappy picture of my tree. 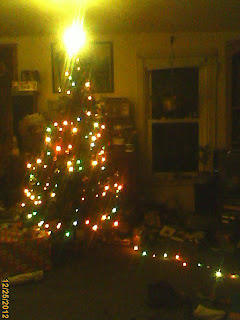 I do believe you can click on it to see it in full size.

But the point isn't the image, it's playing with the image.  Now I still haven't accomplished what I want to with it, probably in part because I'm not sure what I want to accomplish, but it apparently involves scaling it up eight times.

Which looks quite ugly if you don't play around with it somehow.  Don't believe me?  It looks like this (single section shown actual size) if one uses the simplest method of scaling: 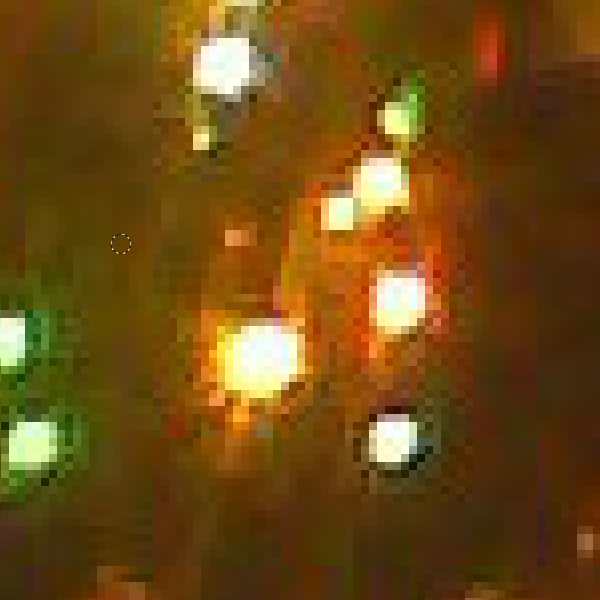 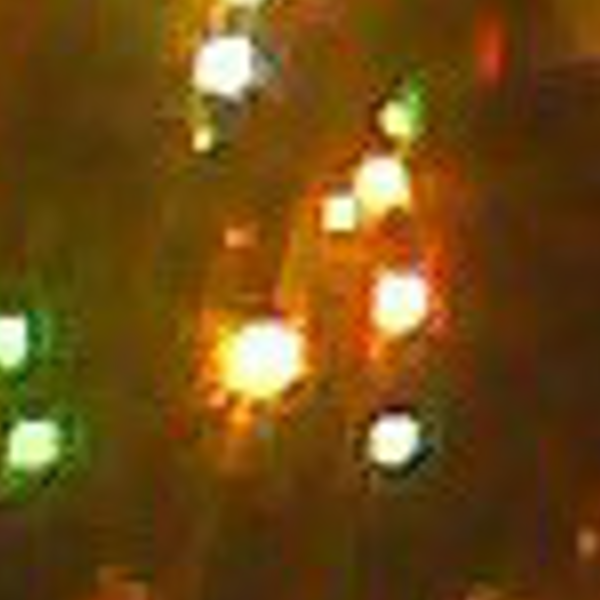 But I would rather have look something like this: 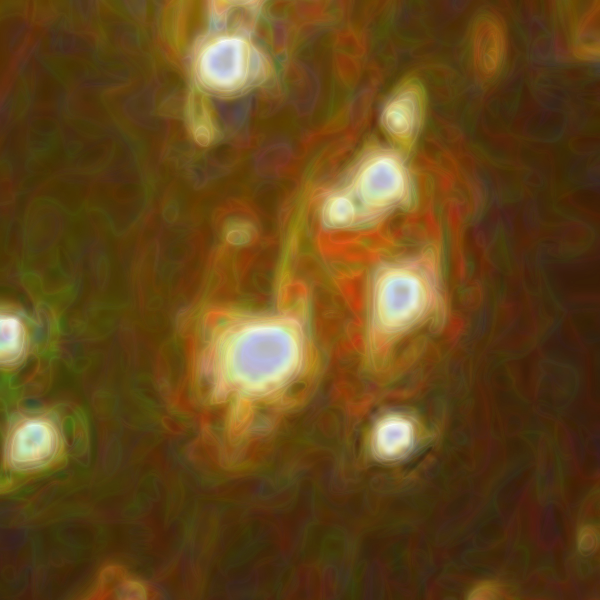 I say "something like" because I still don't feel like it's there yet, and, no, I don't have any idea where there is.  I do note that there's too much darkening at the center of lights and a loss of apparent color in them.

Anyway, along the way I've produced things such as this: 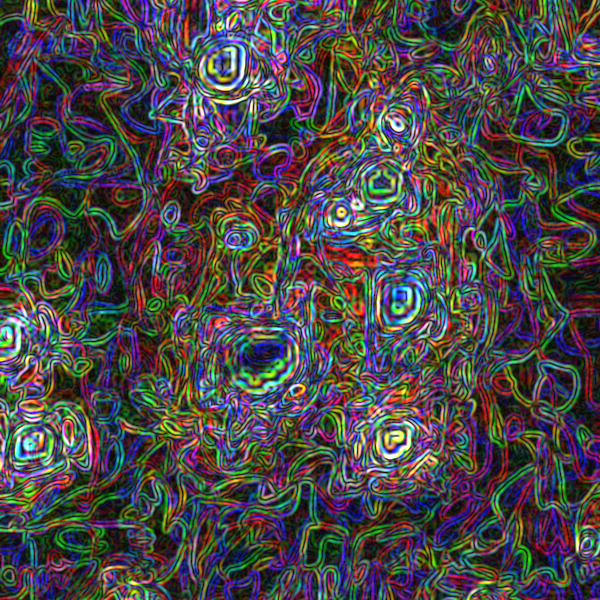 And this (click for full size, there's too much left to right variation to crop as much as the others):

For those who refuse to click, or in case something goes wrong, I give you Left: 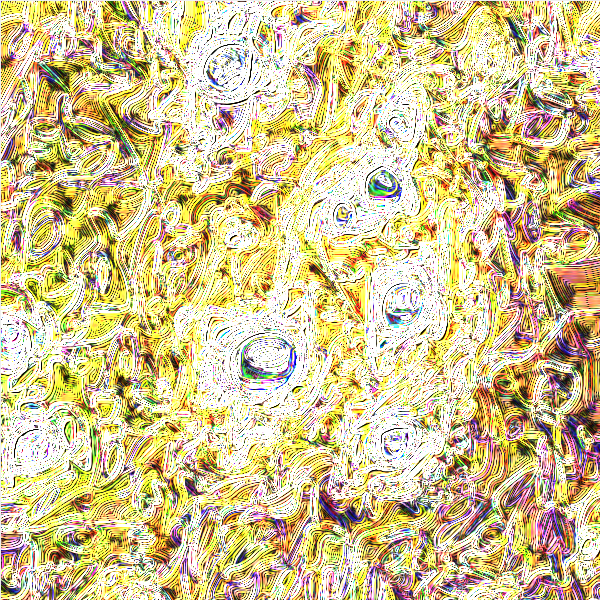 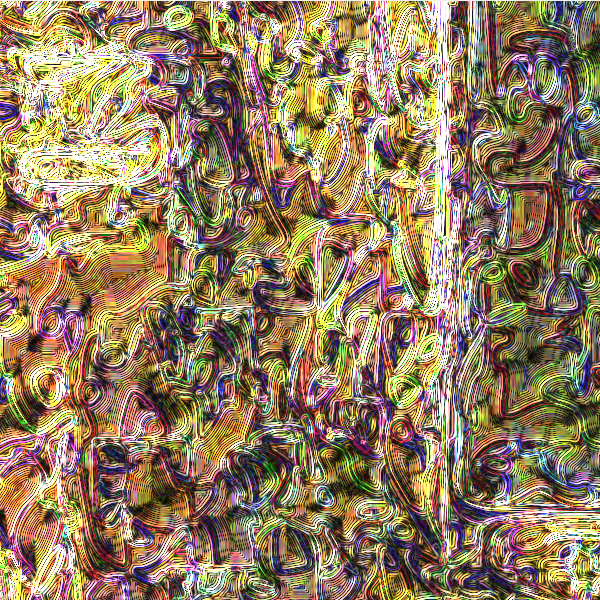 Also of note was this thing that doesn't really line up with the others:

And this one as well: