I started something that ended up getting too long.  At this point if something takes more than one sitting, it's probably not going to be posted.  Still, you might get a post called "What I hope the future of Stealing Commas will contain" at some point in the future, which will be like this but more into nitty-gritty details.

I hope to write again.  Fragments, chapters.  Original, derivative.  Continuations of old things that have languished for too long, wholly new ideas and characters and settings and scenes.

I desperately want to be a storyteller again.

It's probably the case that in the near future this will be a bunch of variations on a narrowly defined theme.  (You've already seen a bit of it, actually.)  When I get really depressed I tend to fixate on something and I've been very depressed for quite some time.  I don't even know how many alternate versions of the Equestria Girls Holiday Special I've started or thought about, but any return to posting is probably going to include a glut of that.

I've never seen them as quite the same as the kind of deconstructions you see from the likes of Fred Clark or Ana Mardoll, but I did have three things where I took things really slowly and looked at what emerged.

They were things I liked with the idea being that analyzing things I liked would keep me in contact with those things and help my mood in particular and mental health in general.  That didn't work out out, but I do want to return to (via starting over from the beginning) all three of them.

I've been thinking of adding the first thing I don't like to that line up, just so that people can know what the Equestria Girls Holiday Special, which I've got sixteen thousand variations on, is all about.

I'd like to do, and share, more photography.  I used to do that, I could do it again.

I've tended to basically do . . . um, computer aided impressionism maybe?  I used to enjoy that.

Something I've never really talked about here is making things.

This is a thing I designed and had 3d printed once upon a time: 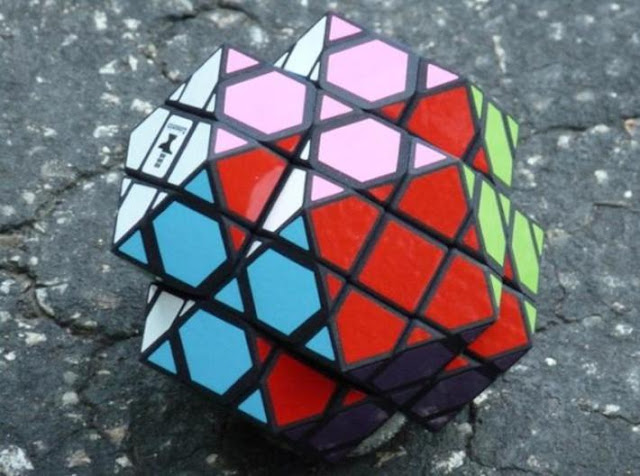 (The stickers, which were designed for a rather less complicated thing, I ordered from somewhere else.  As I recall it took three sets to sticker my design.)

I've got so many puzzle ideas that I never made because of the cost of 3d printing, and depression, and frustration at my hands not always being adequate to the task of casting pieces from molds.

Something that I've wanted to do but never made progress on is prop making.  Both replica props and original ones.

The interest is primarily in handheld things.  Sonic screwdrivers are an example.  It's a huge part of why I'd love to get my hands on the products from Rubbertoe Replicas.  Given the screen accurate fidelity, their stuff is basically a physical three dimensional blueprint with all of the information needed to create your own.

Nothing I make would be on that level (I work only with plastics, after all) but . . . yeah, the idea of creating that kind of thing is so appealing, and I want to work in that direction.

It's not happening while I'm too out of it to take care of basic bodily needs, but this is about things I hope to do, and that's one of them.

I've also thought of maybe doing reviews, or something like them, of games or movies.

And that might well be everything.
Posted by chris the cynic at 9:20 PM 3 comments:

Four lines of a song written by Jim Steinman and sung by Bonnie Tyler have been in my head.  How long I don't know.  Days?  Almost certainly.  Weeks?  Possibly.

I've never understood the song.  Not really.  Who is "bright eyes"?  Why is there nothing she can do?  Is it because bright eyes isn't listening?  Is it that she's lost the will?  What the fuck is going on?  And what exactly does a total eclipse of the heart entail?

None of that is the point, however.

The point is something else.  As much as having four lines stuck on endless repeat is annoying, the music is at least somewhat relevant.  Well chosen, as it were.  Insightful even.

Up until the last paragraph I thought it was just one line "But now I'm only falling apart", but then I realized that it's more than that.  "There's nothing I can do."

That is such a good description of this last however long its been.

I'm stuck.  I might say that I'm in a rut, to an outside observer it might even appear to be true, but I think it's more of a downward spiral.  Sure, it looks like I'm doing the same thing day after day and week after week, but the truth is that I think I'm getting worse and worse.

I've wanted to come back here so many times and write something.  Anything.  And it hasn't happened because I haven't been able to sustain the willpower needed to pull that off.  The post on Christmas day, which could be summed up as "Here's some shit you could buy me, or even give me if you happen to already have it on hand," and certainly lacked any creative merit, was only pulled off because a) it didn't really require any thought, and b) I could tie it to an external deadline that was inexorable.

If I'd tried to post the damned thing in May, it might never have gotten done.  But "giving" being related to "Christmas" pulled it off.

Most things don't have that, and even when it is possible it's unreliable at best.

I can't even describe what it's like to not be creating right now.  I want to say "emptiness" but that description is, unironically and pun not intended, hollow.  I want to say many other things, but the words flee from me.  The concepts as well.  It leaves me with nothing.

I'm not taking care of myself properly.

I'm not taking care of things that depend on me.  My cat can bug me into keeping her fed and watered.  That's good.  I don't know if I cold cope with the guilt should my negligence harm her.  My plants don't have the same ability.  I don't know how they're doing.  I would guess that losses are the highest they've been in a long time.

It's a terrible thing to look at something that was once alive and vibrant and know it died because of you.  Killed by your failings alone.

I'm not keeping myself well fed.  I'm not keeping myself well hydrated.  Rhoadan reminded me last post that they sent me some large drink containers because that's something that can help me with hydration a lot.  The fewer refills that need to be made for full hydration, the more likely it is for hydration.  As it turns out, I know exactly where those ended up when I forgot about them.

I meant to follow up my reply of (more or less) "Thank you for reminding me I have those, it'll help a bunch" with "Now that I'm using them again [good things]"  I know exactly where they are, after all, and using them would be a good thing to do.  I never did because I haven't.  They're two steps (maybe one and a half) from where I normally use my computer and I haven't retrieved them.

And yet I'm not getting it done.

This is my life right now:

I wake up.  I've slept longer than I should need to (based on a lifetime of past experience), but I'm still not rested.  I drag myself out of bed.  I take my medicine (the one thing I've managed to stay on top of) I collapse into the spot where I use my computer.  I compulsively do things on the internet.  I doubt it would be considered "compulsive" in any clinical sense, but I see no other way to describe it.

I think of other things to do.  Someone of which are simultaneously easy and would reap huge rewards.  I don't do them.

If hunger and thirst disturb me enough, I eat and drink.

Return to compulsion on the internet.  Most of it has to do with simply staving off the boredom that would otherwise come from doing nothing.

Sometimes I even brush my teeth.

I wanted there to be more in this post.  Talking about what I want to do.  Hopes for when I managed to create something (anything) again.  It kind of got taken over with the [something] of the now.

One last thing before I post this.  Sort of emblematic of everything.  Remember how primary computer broke down two and two thirds months ago?  I still haven't taken it in to get fixed.

It's sitting on my living room floor.  There's nothing inherently difficult about getting it fixed.

I want to make my own back up first, that was the original delay.  I needed to to find my external storage medium (no frills external hard drive with lots of space, nothing fancy.)  That's been found.  I even went through the first steps of backing it up.

It waits, there's nothing hard, I don't get it done.

So it goes with everything.
Posted by chris the cynic at 4:24 PM 2 comments:

Email ThisBlogThis!Share to TwitterShare to FacebookShare to Pinterest
Labels: I have a blog, meta
Newer Posts Older Posts Home
Subscribe to: Posts (Atom)