All but one of these pictures were taken on Thursday.

As I pointed out at some point, there was shoveling left to do.

This is how it looked before starting that shoveling: 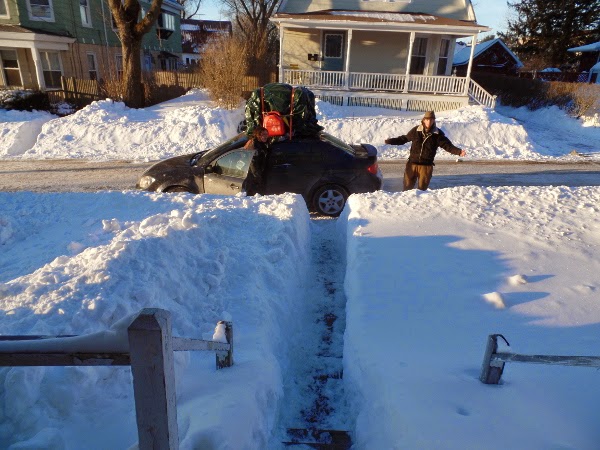 This is after doing the front path to the right size: 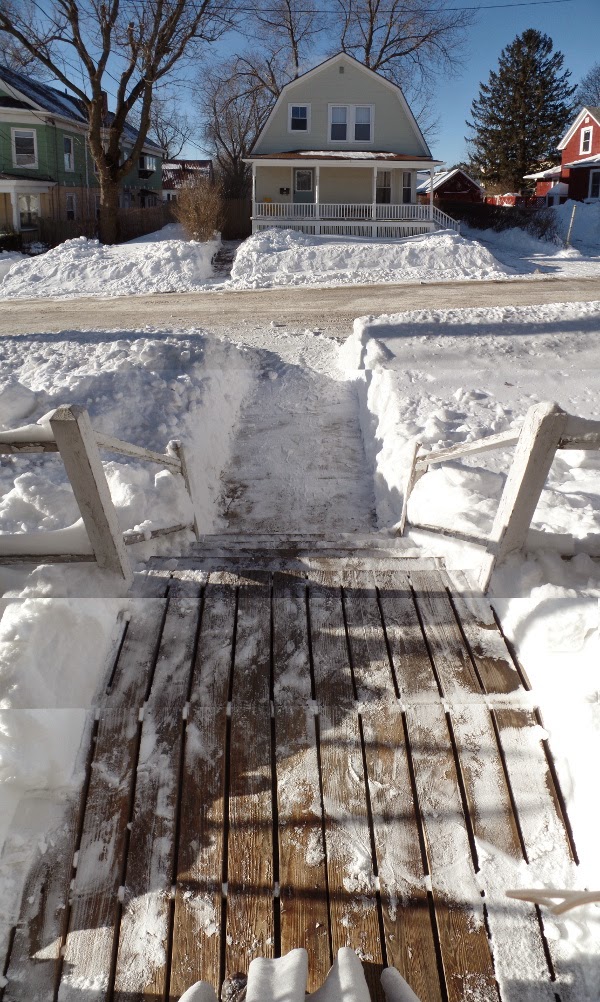 Now, ideally I shovel the sidewalk, and the driveway, and so forth, but there was limited time, so the immediate concern was getting out the trash and recycling bins: 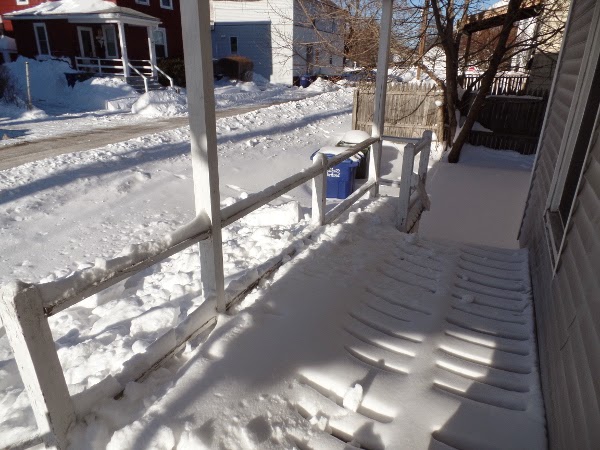 That's not the best angle, here's another shot: 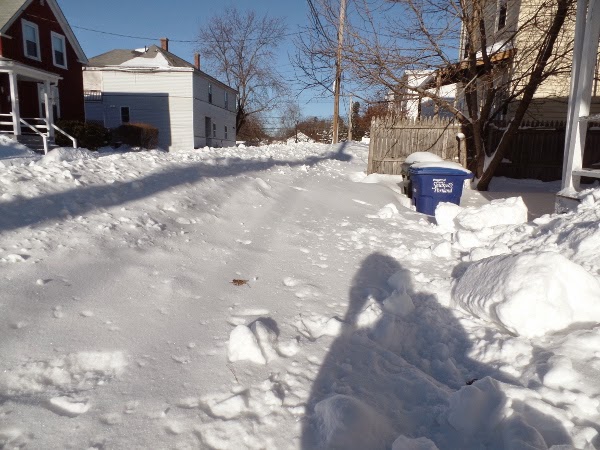 But before we get to that two things.  One, a shot looking at my house instead of from it: 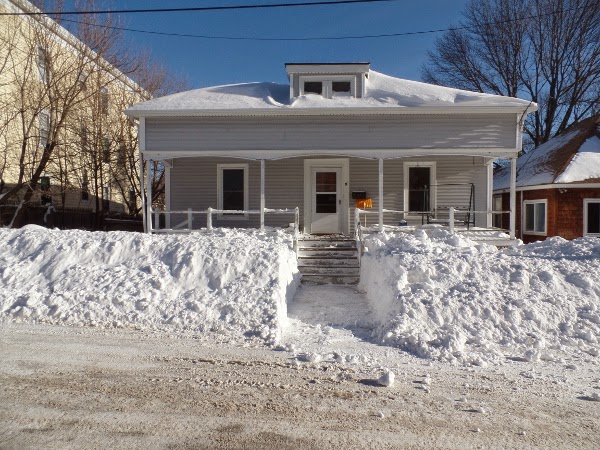 Turned slightly so that you can look right at those bins I have to get out: 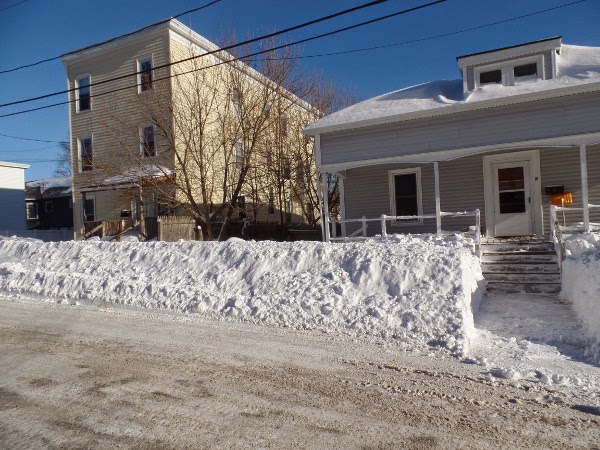 Don't see them?  That's kind of the point.  We'll get to that, but first thing two.  Just as I was breaking through to the street and I heard a cracking sound on the shovel.  I examined it and found nothing amiss.  Thus I assumed that catastrophe loomed.  Soon after the problem made itself known: 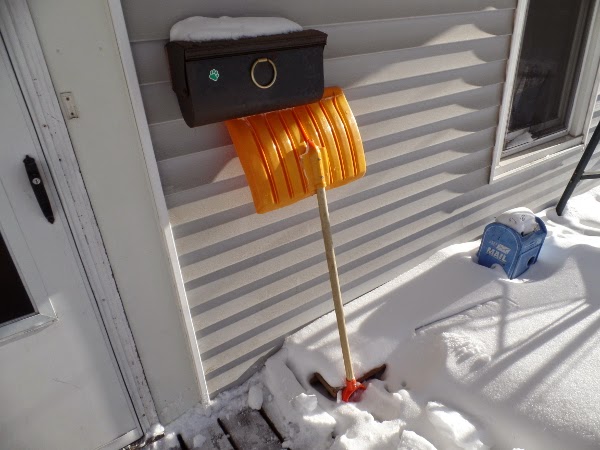 Here's a closer shot of the damage: 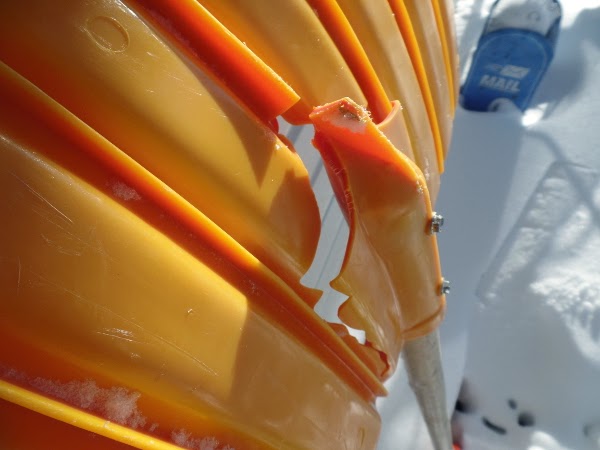 As time passed and I tried to get to the bins it soon became clear that I would not be able to do so in the available time.  This is what it looked like when I was forced to stop shoveling: 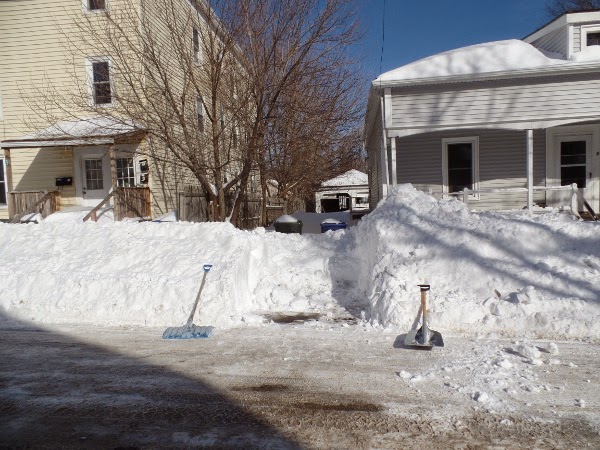 So I crawled in and got the recycle bin out 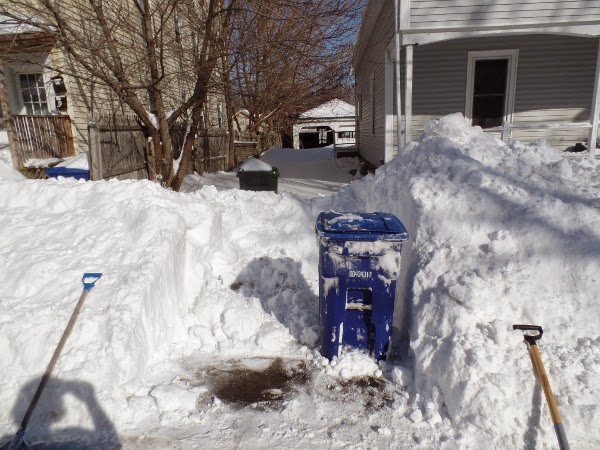 And I looked down at myself: 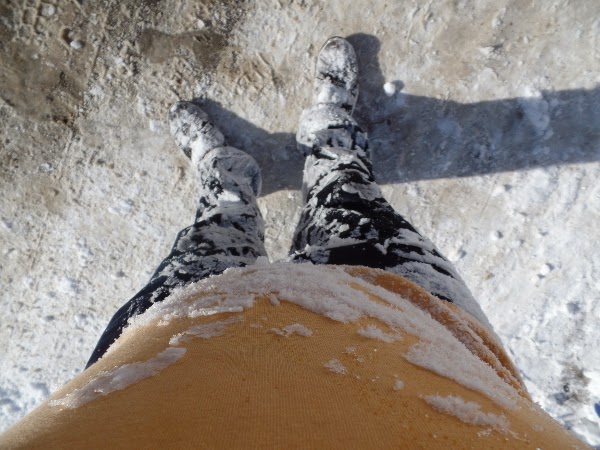 Now there probably should be some explanation as to why I'm just in a t-shirt there.  Shoveling is hard work, it wasn't as cold, and you overheat fast.

Here's another shot of me adjusted so that up is up and down is down: 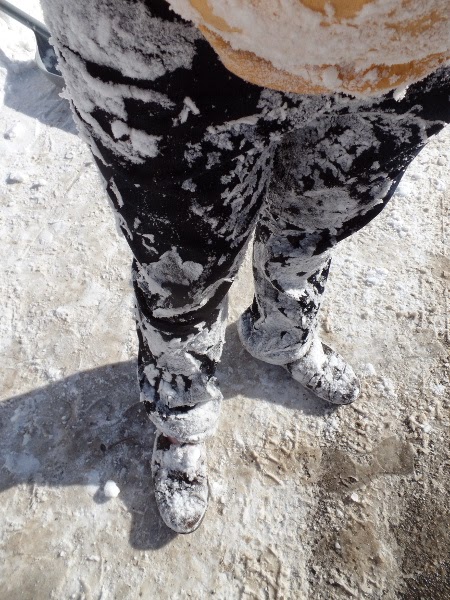 And here is the job as close to done as it was going to get: 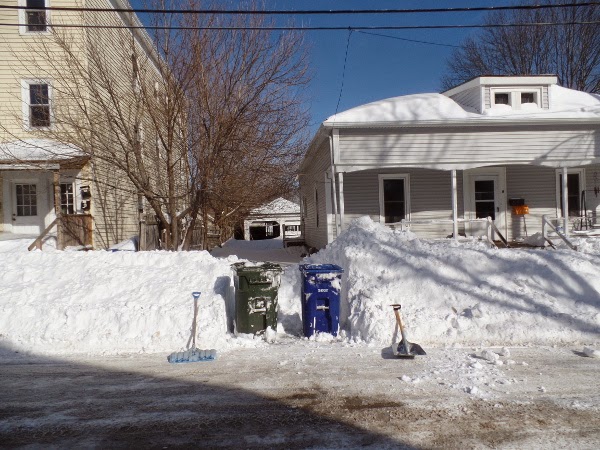 Something important to note about one of those two shovels: 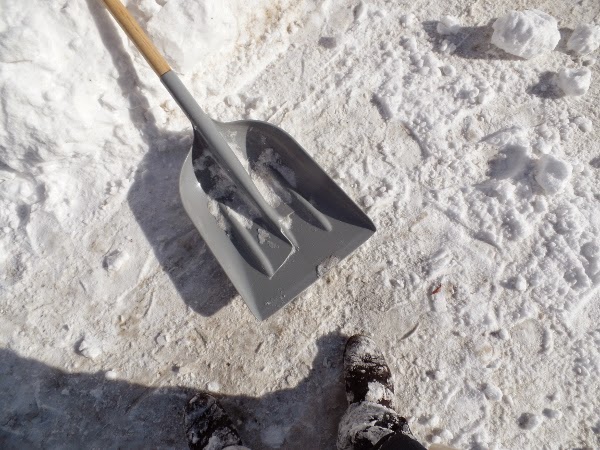 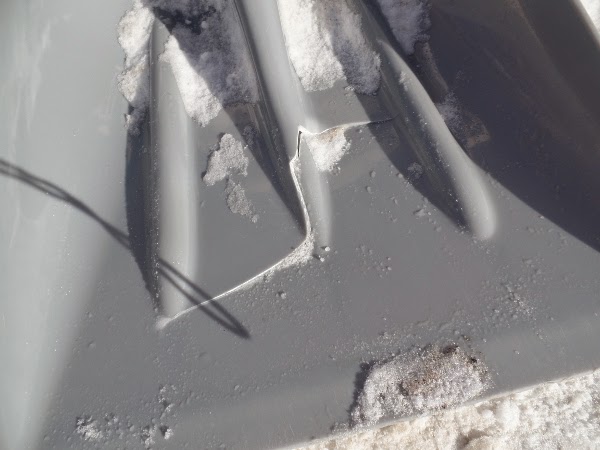 Unlike the orange one it didn't break, it was already broken from the start.

When I arrived elsewhere I noted that there had been snow there too.  I give you this picture of a car: 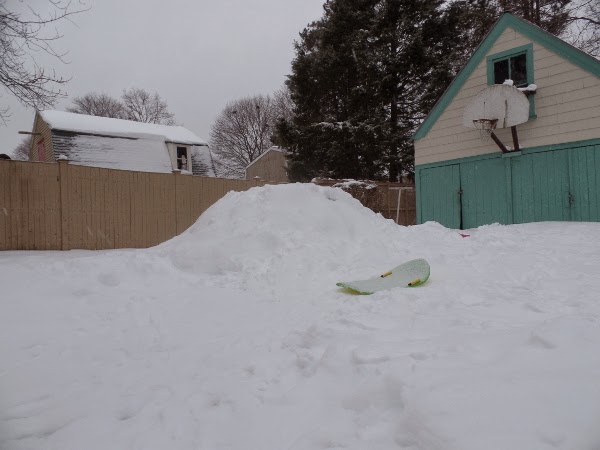 And then it snowed some more.  This bike had been dug out after the storm.  Obviously the second snow wasn't nearly as severe, but that doesn't look like a cleared off bike. 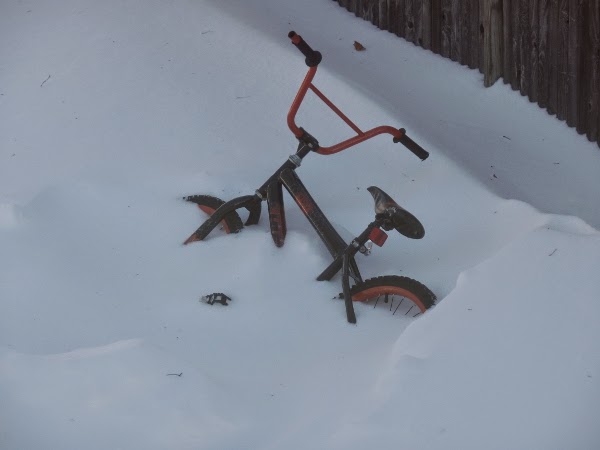 At the time of this writing, I haven't had a chance to see what it looks like back at my house.

One of the bad parts is that the oil hookup is at the back of the house, so even though no one parks in it anymore I still need to shovel the length of the driveway.
Posted by chris the cynic at 7:37 PM