But all that it takes to know that the climate is changing is memory.  Things are not as they once were.

I can't speak for everywhere, but around here climate change hasn't made winters warmer, it hasn't made winters colder, it has abolished the very concept of winter.  Between the current winter snow storm and the last were autumn rains.  From front to back the seasons have got no sense of themselves anymore.

Everything has become seriously fucked up and while averages will bear out that this time of year is colder than what once was summer there's no counting on the idea that the weather will be winter weather for any length of time.

This fucks ski slopes all to hell.  Feet of snow will be dumped on them --Yay!-- and two days later a lukewarm rain will wash half of it away while turning the other half to ice --boo!-- the result being that even if a fresh layer of snow was just laid down the best you can hope for is, "Well, parts of it didn't suck," because under that fresh layer of snow is the ice from the rain, just waiting to be exposed.

Anyway, some pictures from outside the house today: 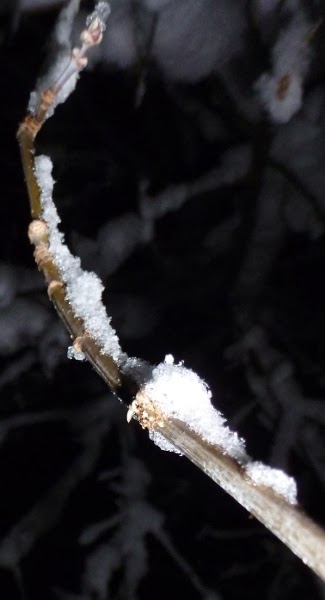 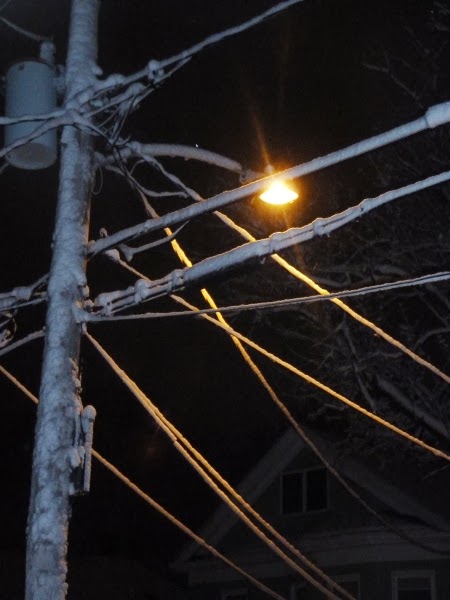 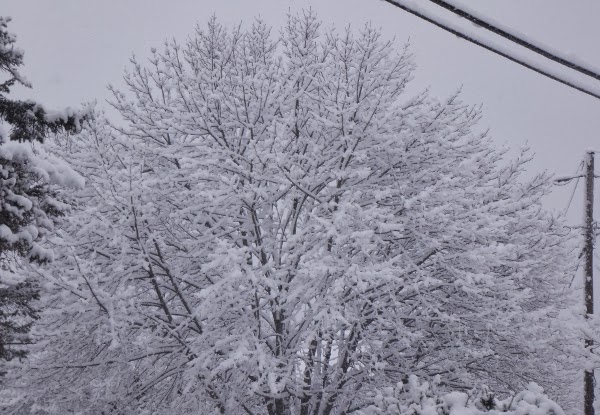 The people next door have more impressive trees than me.
Exhibit A. 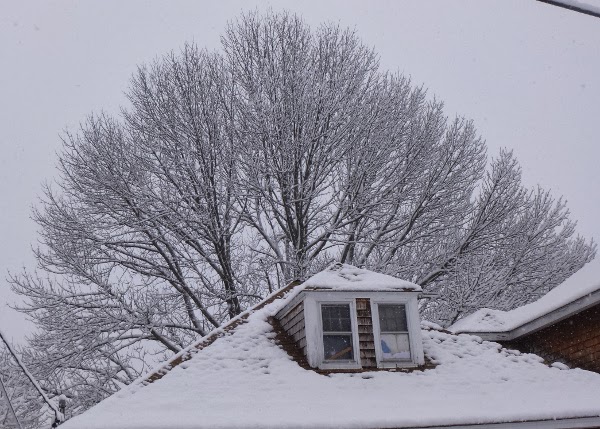