The sound of one hand clapping

So kōans came up and the only I know best is, "What is the sound of one hand clapping?"

This, though, isn't a kōan anymore.  We know.

In music a clapper has two pieces of wood to be the hands connected by a joint of some kind, often times a hinge.  It makes sense, since it basically does what hands do to clap.  It doesn't help us answer the question of one hand clapping because it has two "hands".

In party favors a clapper is something like this: 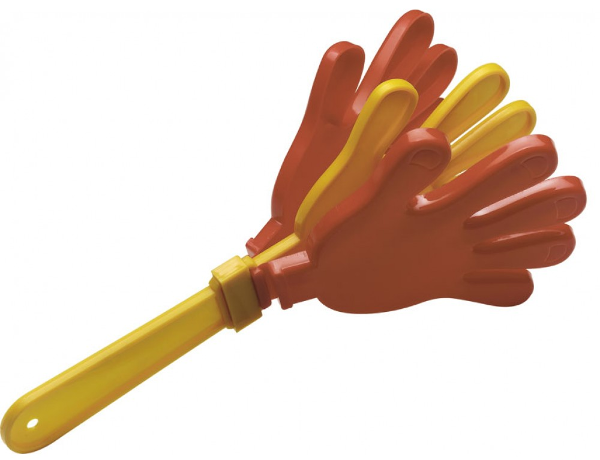 The important thing to notice about it is that it has three hands.  Wave it back and forth and it will produce the sound of three hands clapping.

This we can work with.

Email ThisBlogThis!Share to TwitterShare to FacebookShare to Pinterest
Labels: I have a blog, Silly