I dropped my hat.

So, at some point in the near future I'm going to be making one of those begging for money (if you've got a couple hundred dollars you don't need, there's a donate button which you might want to use because...) but those are boring and make me feel kind of bad because I'm pretty sure nothing I do here is really worth being paid for and stuff sooo... Yesterday I dropped my hat.

It was, you see, The Return.  I had been gone for a while, I was coming home.  I knew I shouldn't be wearing my hat because it was too windy and I have yet to make strap thingys for it which would hold it on in the wind (and also allow it to be pushed back so it was not worn but neither did it need to be held in one's hand because that would be super useful.)  But the thing is, it was cold.  Really, really fucking cold.

So I tried to wear it but be careful.

And then, on the bridge, it blew off.  So I sprinted back, ditched my bags behind the nearest bench, sprinted to the crosswalk at the end of the bridge, crossed it, climbed over a fence, went down a hill, and reached the seafloor.  The tide was largely, but not totally, out.

And this is when I discovered something that I had not known, because I had no cause to know, before: the parts that are solid ground you can step on look exactly like the parts where you sink right in.

This was my fucking Nostos for fucks sake.  (Fuck.)  And here I was getting my shoes covered in sea mud, mollusk shells, runoff, and whatever else was in that squishy sludge.

[Fun fact: days earlier, on the way to the journey I was returning from, I stepped in wet cement with those same shoes.]

And I continued until I reached the prize: 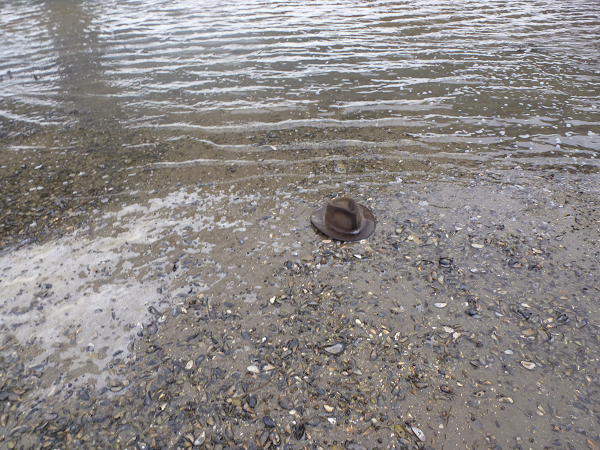 You see, it was at about this point that I realized that:


You may notice a conspicuous lack of bridge  Have no fear.  I had to combine two images to get it because no amount of zooming out would do, but here is the hat with the bridge: 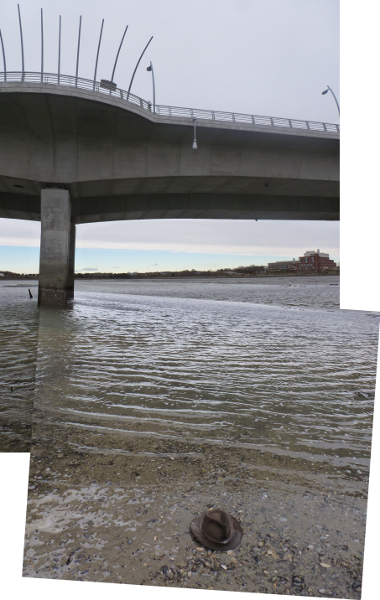 Now that sort of semi-circular sticking out area is where I stowed my bags but the part that I stowed them on isn't actually in the picture (it would be slightly to the left) not that you could see them from ground level even if the part were in the picture.

And if anyone was wondering how far I had to go to get from point A to point B:

I have no idea.  I was farther from the bridge end in the picture than the observation area (the semi-circle with useless bars sticking up), but I have no idea how much farther.  I can set an upper and lower bound, but no specifics.

And if anyone is wondering just how squishy things were, here is a picture (zoomed in of course) from the bridge: 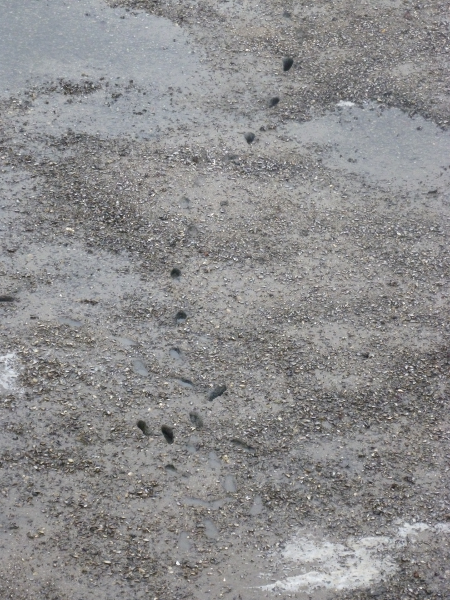 You could see where I was walking.  (Otherwise I wouldn't have known to zoom in for a better shot.)  Zoomed in more: 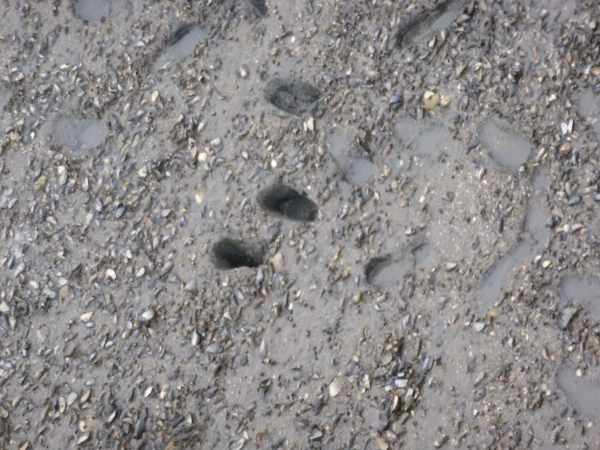 And these are my feet: 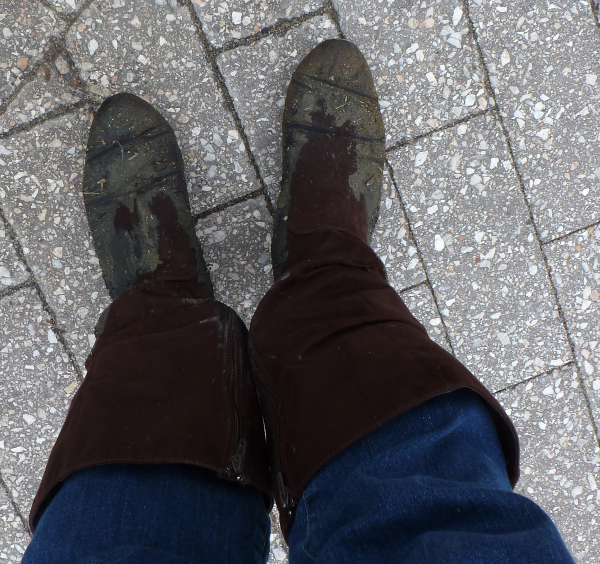