So I'm actually about to go to bed, and a bit late especially given how early I traditionally wake up (whether I want to or not) and how much sleep I've missed lately.

But then it occurred to me to take a blizzard shot or two.  Snow traditionally shows up when you have a dark background and flash.  At night everything is a dark background (pay no attention to the streetlight in front of my house) and I have a flash.

So I gave it a shot.  And the lens cover thing didn't want to open because it's too damn cold: 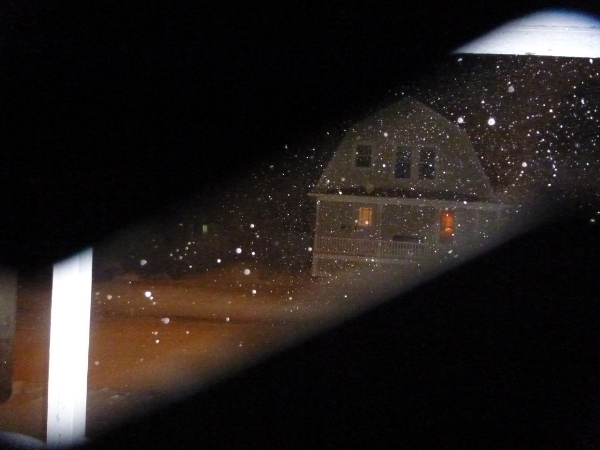 So I manually opened it and got this nice shot of the house across the street: 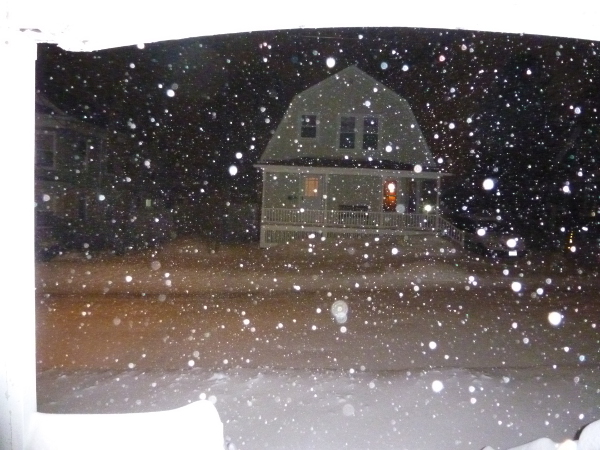 And these are my front steps: 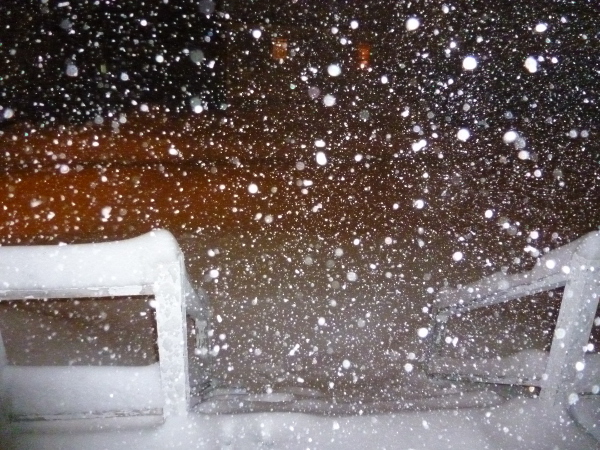 And for anyone wondering, it's much worse than it looks in the pictures.
Posted by chris the cynic at 9:52 PM

Email ThisBlogThis!Share to TwitterShare to FacebookShare to Pinterest
Labels: Blizzard 2013, I have a blog, pictures, Snow