In which I will remove all the magic from any artistic transformation I ever made.  So it goes.

Anyway, this post is because Ana mentioned my artistic ability and I spent the day before yesterday playing around with her avatar

Her avatar, as seen here:

Now a larger version of this exists, and a sensible person would probably find that sufficient, but I am not a sensible person and I wanted to make a larger version from the tools available.  Which are, basically, gimp and inkscape (any hopes of getting rich by convincing people to buy things on this blog were dashed on the rocks when I realized everything I use is free.)

So, inkscape will make an image that can be scaled infinitely because it's all vector like.  Which quickly resulted in the existence of this: 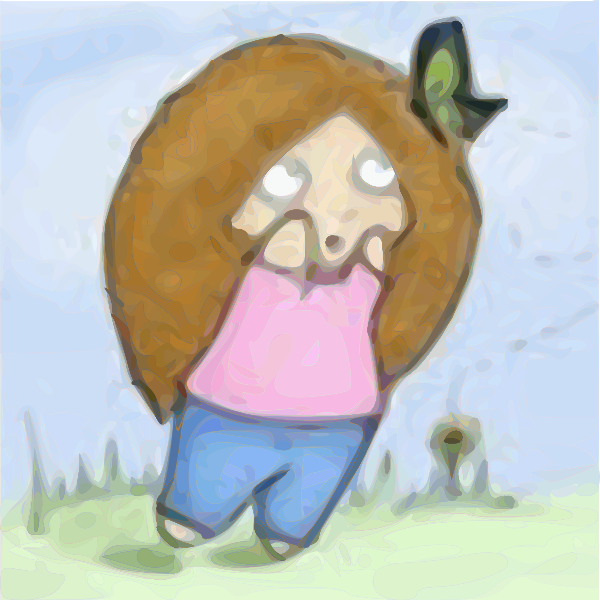 Don't ask me why her left eye appears to be stabbing something, I do not know.

That leads me to something like this (actually the same size as above but showing it smaller saves space) which is just a mess of lines: 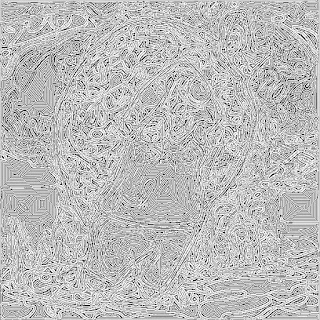 Which I can use as a bump map, or a way to screw with other properties, or both, on a scaled up version of the original image, as with this:

And the astute observer will notice that while the image doesn't have a stabby eye, the lines that are being used to hide the fact the image is a blurry mess due to extreme scaling still have that sharp bit from the inkscape.

Also, in this particular case, it really does look a mess.

Now at some point in here I got distracted by a different way to do things that didn't involve inkscape.  (The point of inkscape, in this exercise, is to create nice smooth infinitely scaleable lines that I can then use to generate even more lines to give texture and variation and a sense that this is not an extremely fuzzy result of a simple free scaling algorithm.)

Actually, the distraction was mostly based on the fact that you can't really see the butterfly's path in the result even though it is in the image.  Regardless, by scaling up in gimp then posterizing I end up with some of the same results and I could look for a setting where the butterfly's path was visible.  Which led me here: 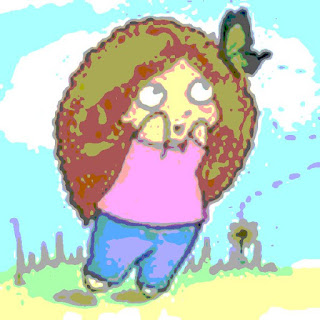 (Again, in reality as big as the other pictures.)

Then, mostly because I could, I blurred* it and then used an edge detection thing called Sobel** on it: 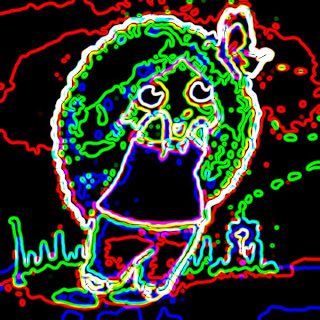 Butterfly's path nicely outlined, everything looks like a bizzare neon sign, all is good and right with the world. The problem with Sobel for my "It was never intended to do that" purposes is that it doesn't repeat well, you can usually do it twice and be ok, but much more than that and it just goes to hell, example on the left is twice, example on the right is six times.

For my purposes I want to fill up all of the black space, that takes a lot more than six times: 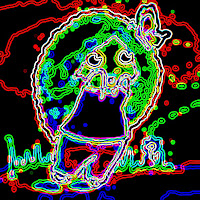 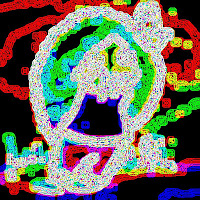 And then I had a thought, I could select just the black space (gimp allows for selection by color, which I played with for some of the dragon pictures) use some blurring to get something to work with around the edges, and then Sobel without messing up the existing stuff.  The result was like this:

Which sort of reminds me of candy.  Lollypops really.  Anyway, after more gyrations than should ever be necessary to make the lightness vaguely uniform across the image I used it as a bump map for a scaled up version of the original, that I then screwed with the colors on, specifically upping the saturation (the sky and grass seemed kind of washed out) which left me with this: 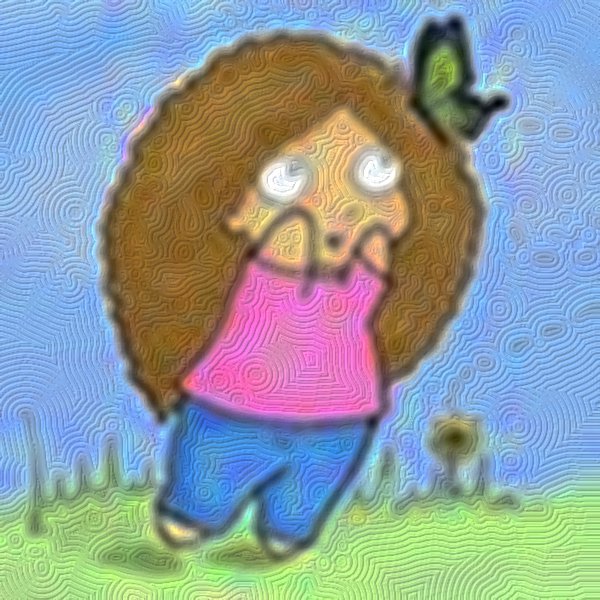 Which is, I think, where I stopped.

Again, this is where I started:

And that is how I spend surprisingly large swaths of my time.

* Misspelling "blur" as "blue" in the filename thus resulting in oddness for entire generations of images.

** Frequent Laplace is my usual thing because it can be used infinite times to create more lines without making a mess.
Posted by chris the cynic at 1:47 PM