All attempts to recover the audio recording I made of my speech have failed, that might be a good thing as it wasn't prepared.  I tried to prepare it but, as I told the people there, I ended up with maybe 16 beginnings, some number of middles, and no ending.

Thus what follows is not a transcript.  It's not even really an attempt to recreate the speech, it's more a shot at recapturing the impression.

We've been here before.  A new administration attempts to dazzle us with math that doesn't add up, economic models that don't model economics, and claims that aren't factual.  Then they tell us they have no choice but to cut, and their supposedly money saving cuts are to profitable programs.

All that's really different this time is the scale.  Fifty faculty being fired--you should know that when they claim that retirements would offset these firing they're lying.  If you want proof look at Jeannine Diddle Uzzi.  Peter Aicher is retiring and by this administration's own rules that means Jeannine doesn't get fired.  She's getting fired.

Why the lie?  An argument could be made that they're hoping to get rid of more people by convincing some to retire and then saying, "Too bad, we're firing the fifty anyway."  I don't think that's it.  I think it's something simpler.

By making the question, "Which fifty faculty have to go?" instead of, "Do fifty faculty have to go?" they can turn us against each other by default.  Because if we accept that framing then when I say, "Jeannine should keep her job," which is true, it becomes twisted to mean, "Some other teacher should be fired in her place."  We can't accept that framing.  We can't let it mean that.

We have to understand a truth as profound as it is simple: "We're all in this together," isn't a meaningless platitude, it's a universal and incontrovertible truth.  I was here, in a classics class, when I first read Martin Luther King Jr's words on the subject.


Injustice anywhere is a threat to justice everywhere. We are caught in an inescapable network of mutuality, tied in a single garment of destiny. Whatever affects one directly, affects all indirectly.

When a physics teacher is cut it affects me, even though I've never taken a physics class here.  When they eliminate the language programs it effects you, even if you'd never have taken a language class anyway.

All of us under one roof, often in the same classroom.  One class I take is classics, art, and women and gender studies.  By having all three groups in the same class we all benefit because we're all looking at the same thing but we each see it from our own perspectives.

The idea that we're all responsible for each other, echoes through history.  This example is kind of heavy handed, but Genesis isn't known for subtlety.

I was here last time even though no one I knew was being targeted then.  I was here because when they're unjustly firing people it matters to me even when I don't know them.  It affects me, even if only indirectly.

One last thing is that the very idea of a public university is based on a concept that the current administration doesn't seem to understand.  The idea is that the least of these should be entitled to as good an education as anyone else and not need to be rich and be shipped off to Boston.

Or something like that.  With the recording useless that's all from memory and without a prepared statement it was pretty scattered as it was being delivered.  I give you additional pictures, these ones taken by me: 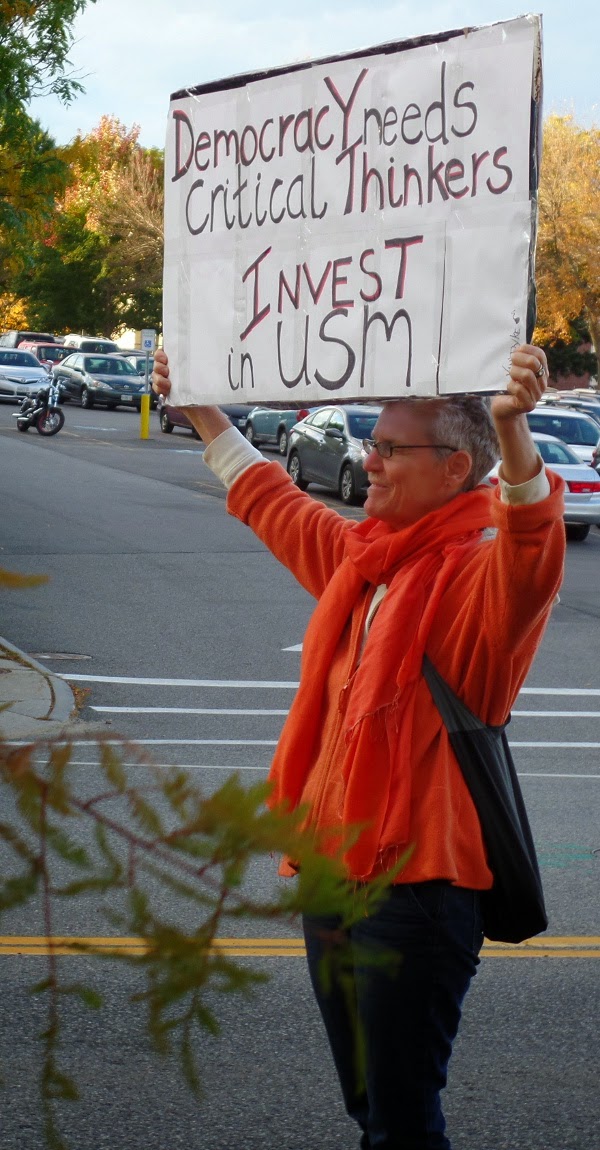 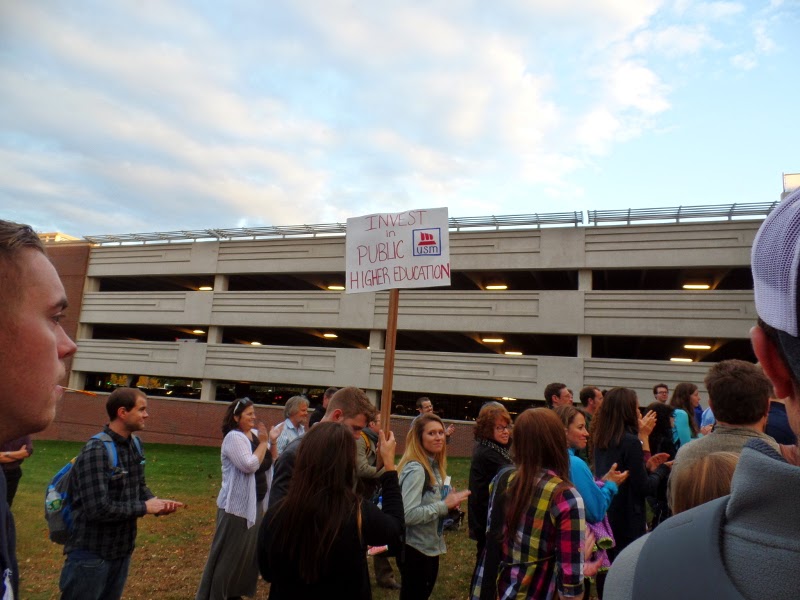 Hooking up the microphone never worked so we started off with a megaphone. 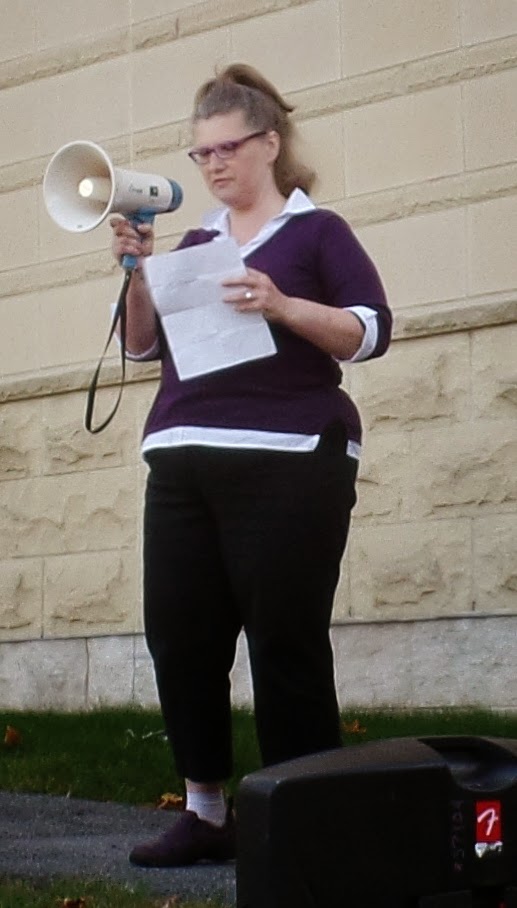 Of course if you need to hands to handle your statement that can lead to awkwardness: 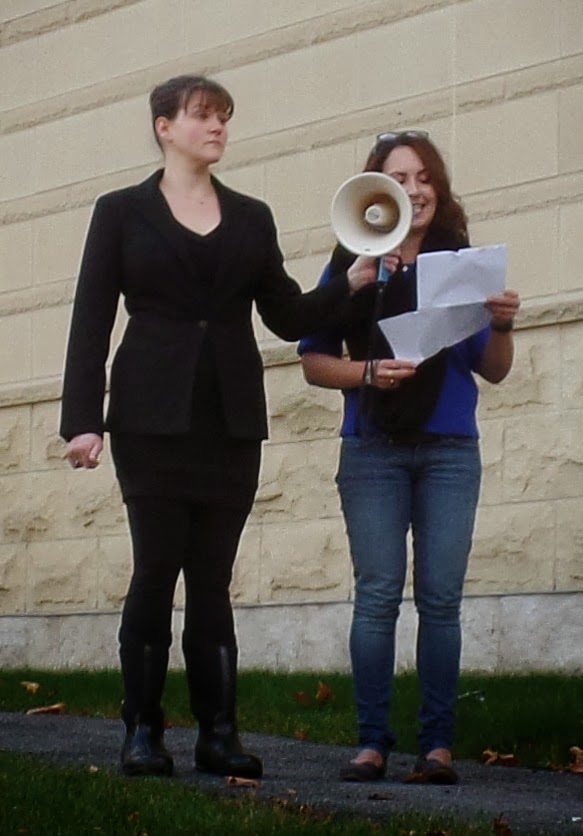 Then the megaphone died. 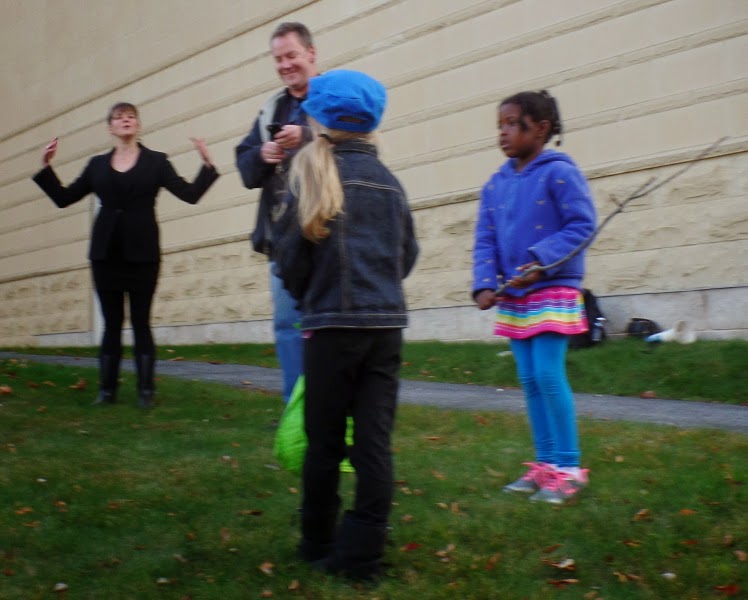 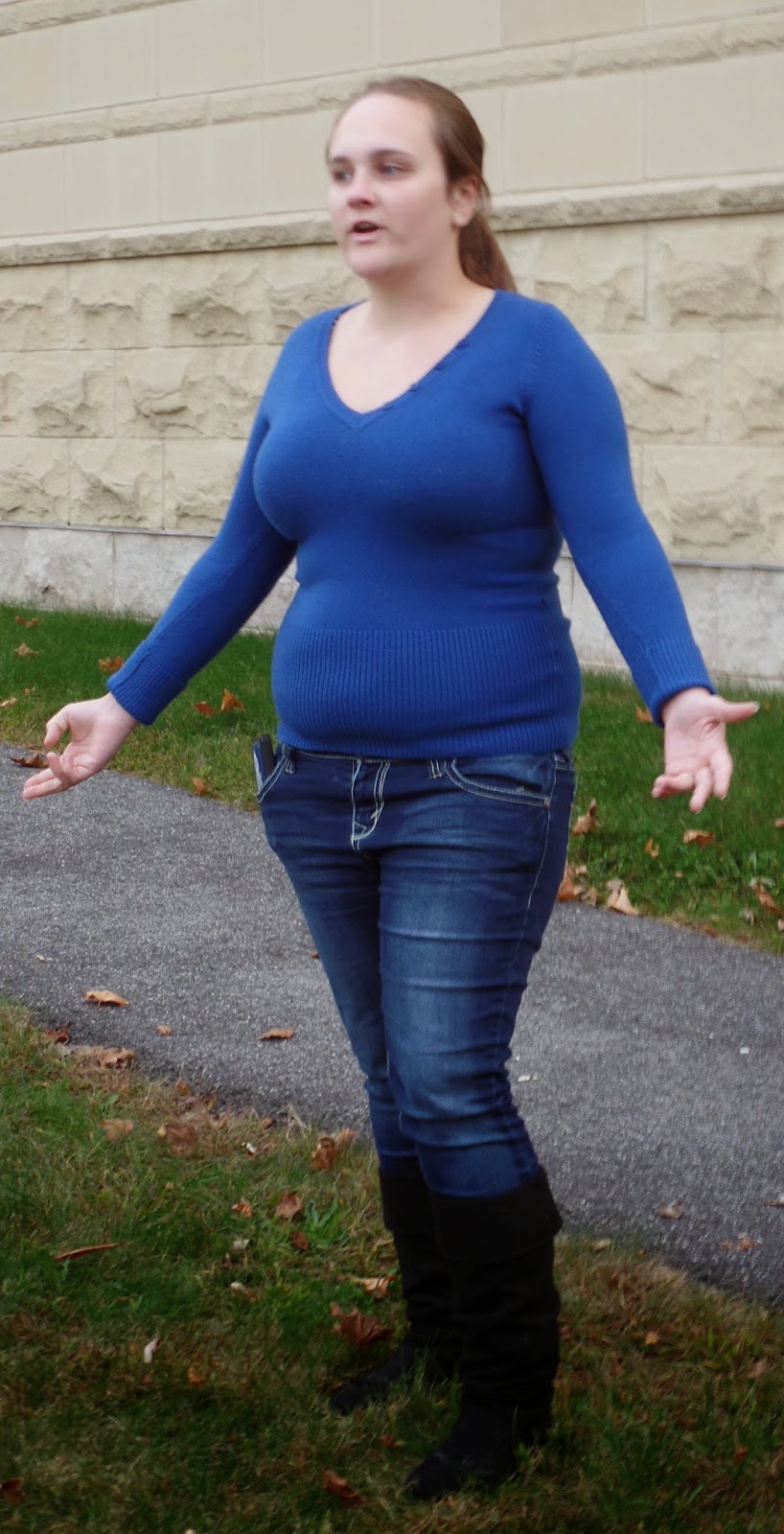 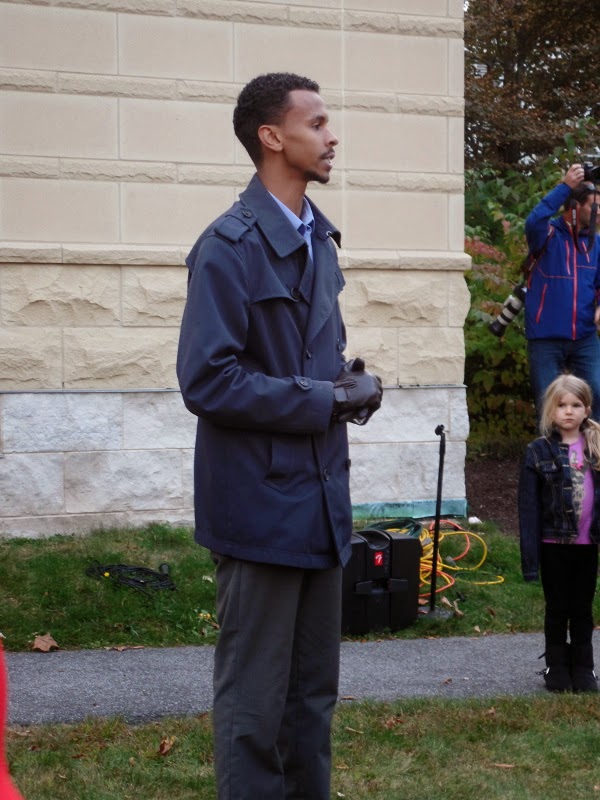 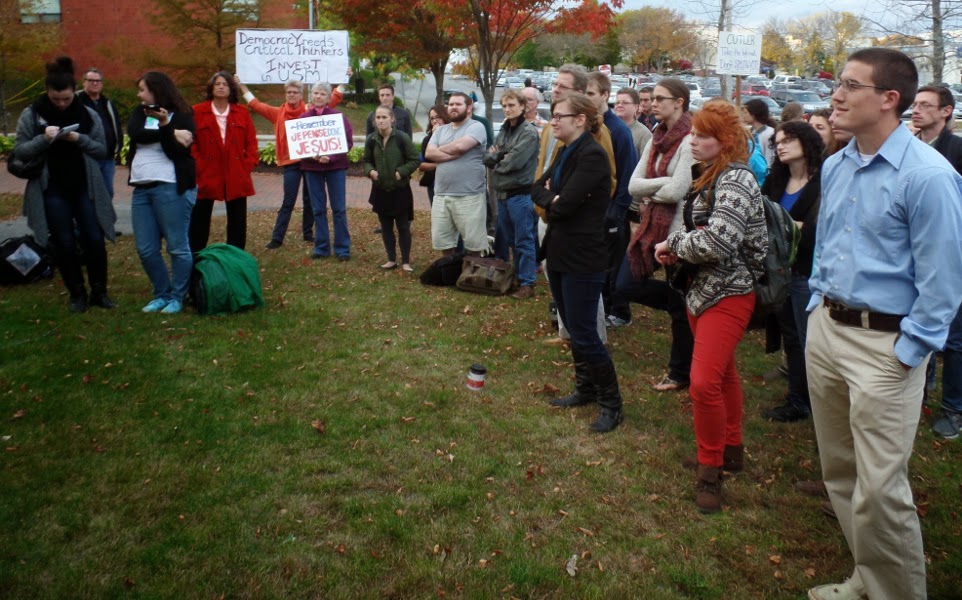 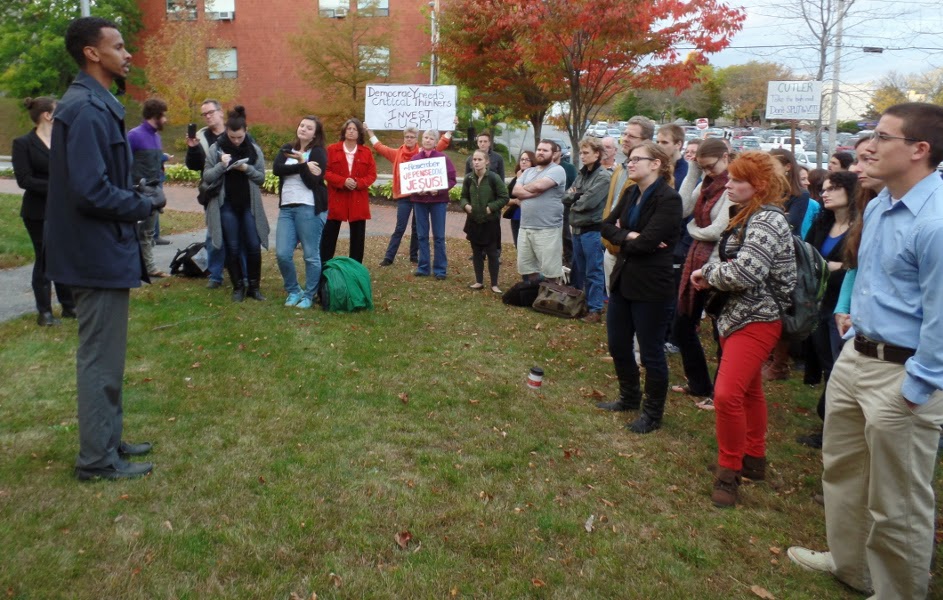 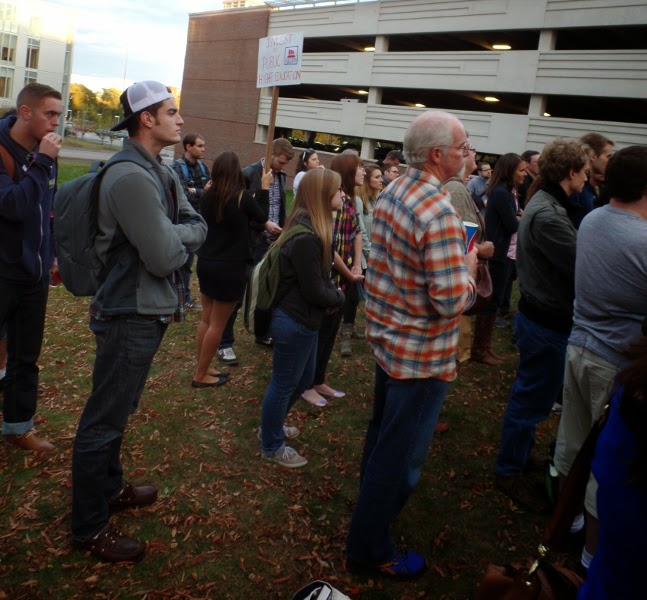 Email ThisBlogThis!Share to TwitterShare to FacebookShare to Pinterest
Labels: #USMFuture, I have a blog, USM