Destroying the Classics: The ongoing defiling of the Mona Lisa (Image Post)

Let's face it, the painting just cries out to be screwed with.  Perhaps more important is that it happens to be the the thing that I'm in the habit of messing with so when I decide to try something out it's on this picture: 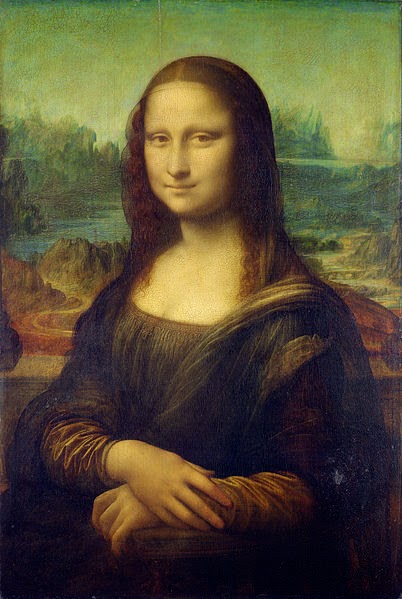 Unlike most pictures I post on the blog, that is not scaled down to fit the blog.  That's full size.  It's a small image and I originally grabbed it to try out some ideas on how to artistically scale up an image with the artistry going toward hiding the fact that the resulting image is more interpolation than information and thus kind of looks like crap.

Recently I posted this at Ana Mardoll's: 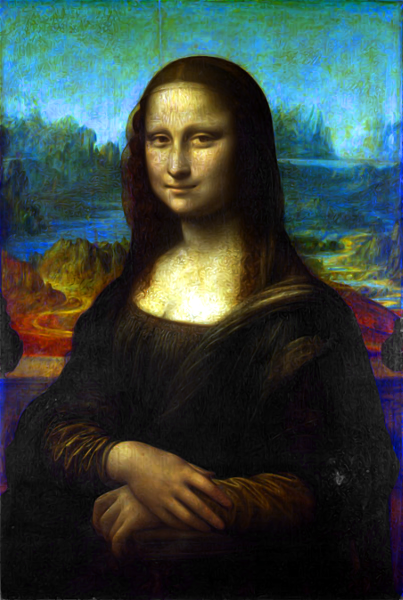 That's a scaled down version of an image that I recovered from an old laptop enigmatically called, "zup".  (It needed a shorter name because it was "hsl-compose white curve complex selection up all sat, unsat blue counterselect curve" since I tend to name the visual experiments I do after the process used to produce them.)

Blogger will not let me post the full size image.  If I try it'll automatically scale it down anyway, but there are two things I can do.  One is to post a not full size but still larger image: (Click on it, or better still open it in a new tab, for larger image)

The other is to post a full sized detail shot: 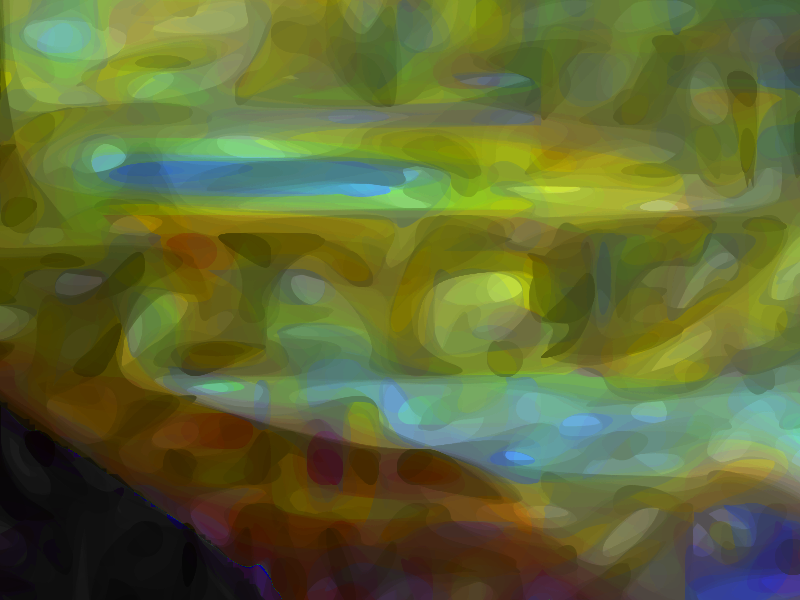 Actually that's still scaled down a bit (I wanted to get the whole bridge, which makes it a bit too wide for the blog) but if you open it in a new tab, or possibly simply click on it, you will see the full size image.

It's the bridge over her left shoulder (thus on the right side of the painting) and as you can see it doesn't really look like a bridge anymore.  Also worthy of note is that this shows what I was doing pretty well, which was converting to vector graphics, scaling up, and converting back.

Now any given image is only a stepping stone to what might come later, so of course I did things like this: 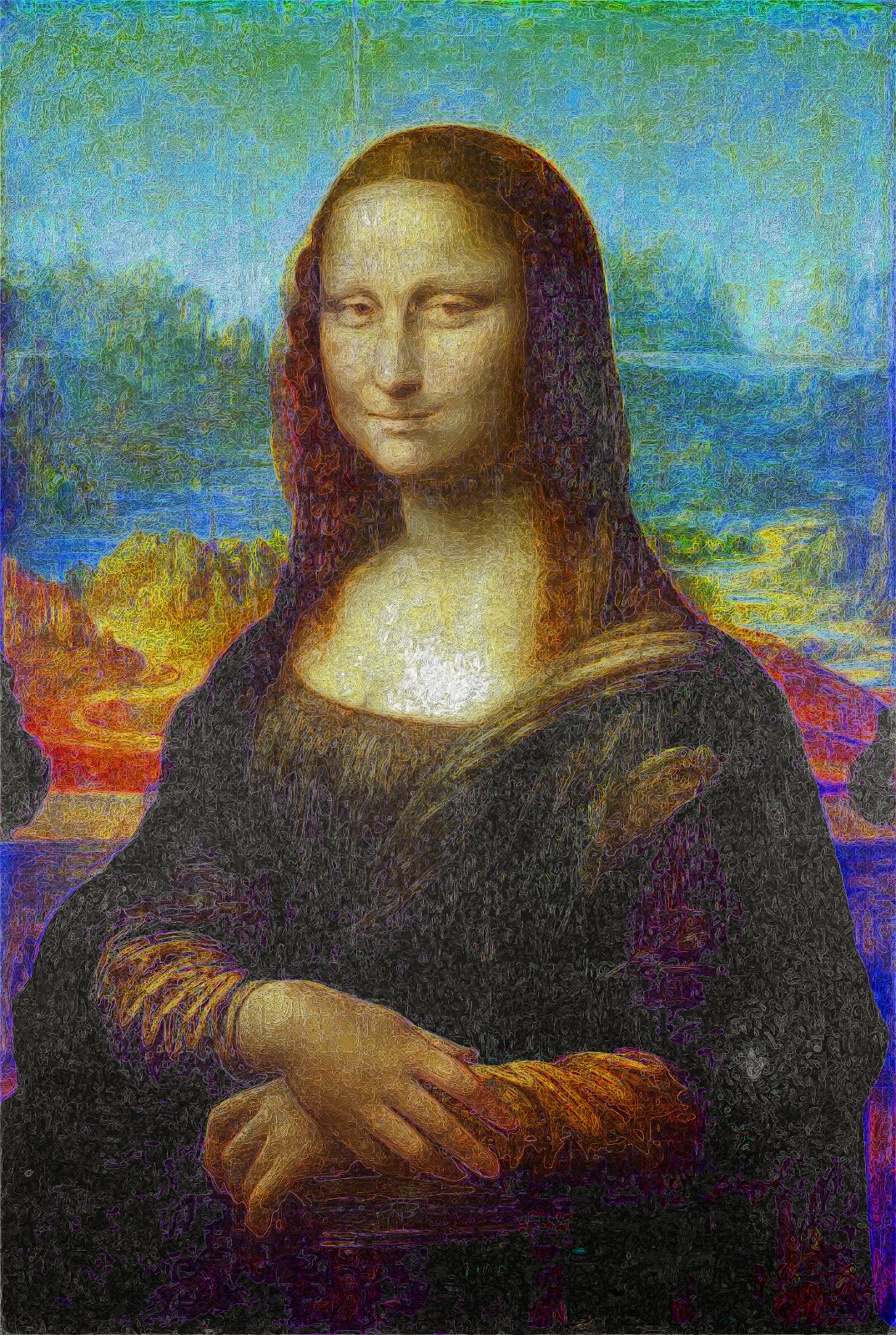 But that's something where the point is very much contained within the detail, so it just looks messy at a scale that fits on the blog, here are some close up shots: 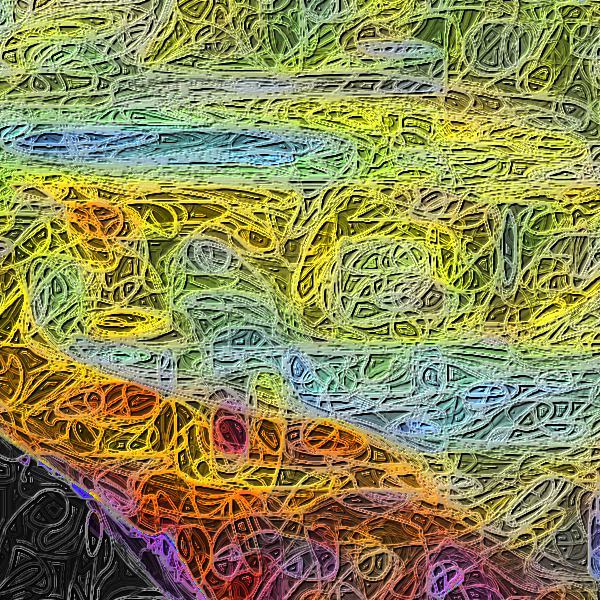 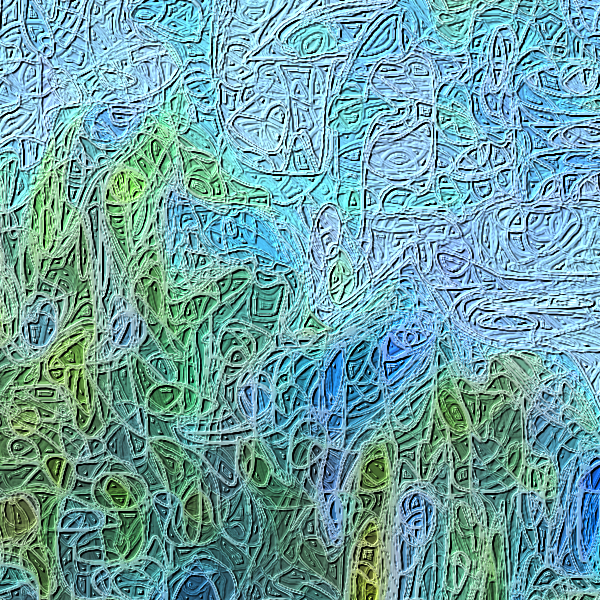 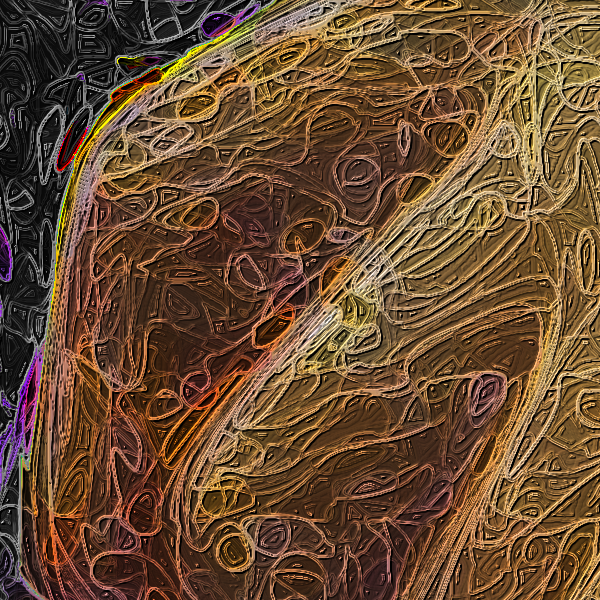 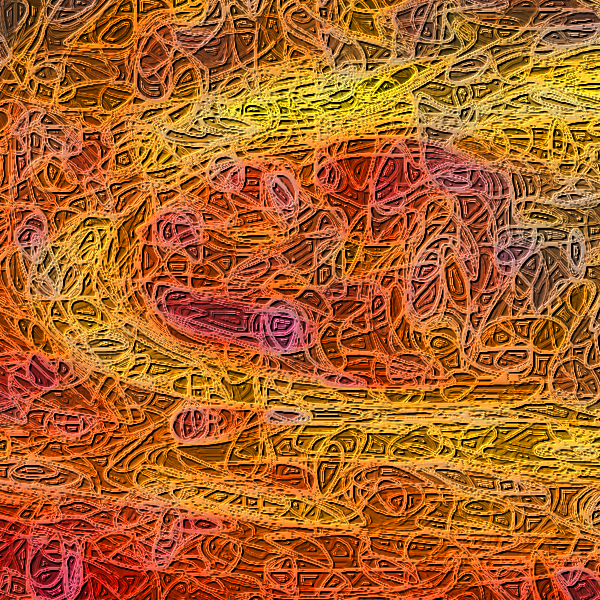 And of course there's no need to stop there.  From there I went to an image that looks like utter crap as a whole but has some neat looking details, such as this: 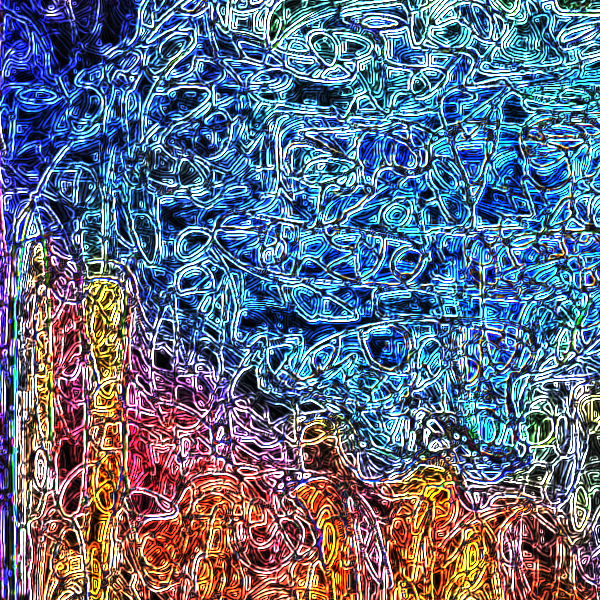