Part one because I really need to have not scaled down versions if you're going to see what's going on, which means taking excepts of each image at full size (only a little over twice as big) and posting those.  I'll get on that at some point in the near future, but for now I have it so you can see the whole image, which requires scaling down, which makes some things that actually look quite different look the same.

Not to mention that this is a thing where seeing the original brush strokes is rather important, which is why there will be a post two.

Ok, so when defiling a picture, as I have previously done with the Mona Lisa, you start with a free to copy version of the original, which I forgot to scale down but I know from experience that blogger won't let me have pictures as large as I would like so somewhere along the line it will be scaled down: 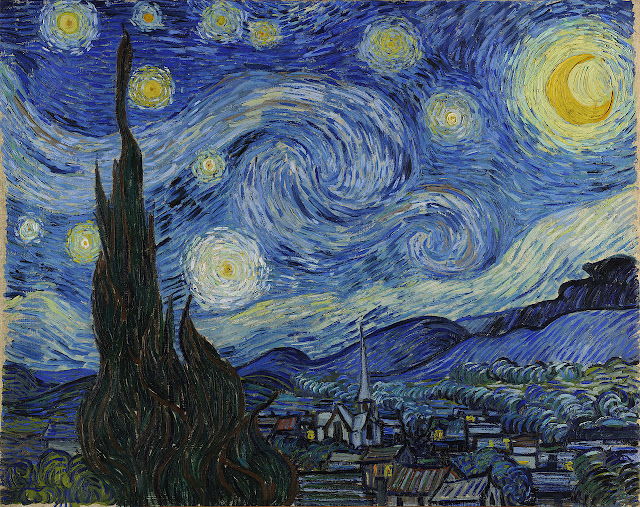 Then, in this case, edge detect: 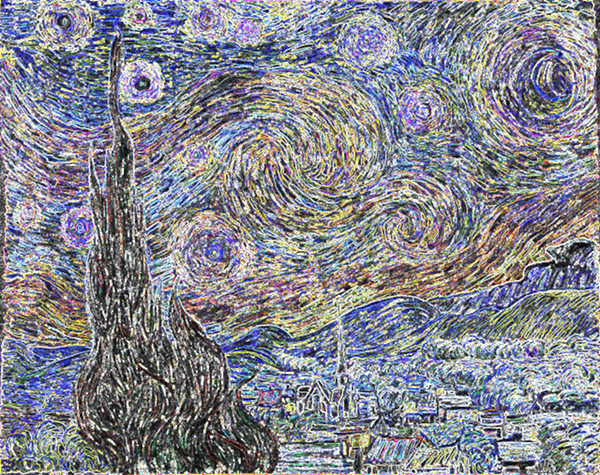 Now, honestly that looks like where we're headed already but when we get to post two and show part of it at full size you'll see why the next step is to blur it: 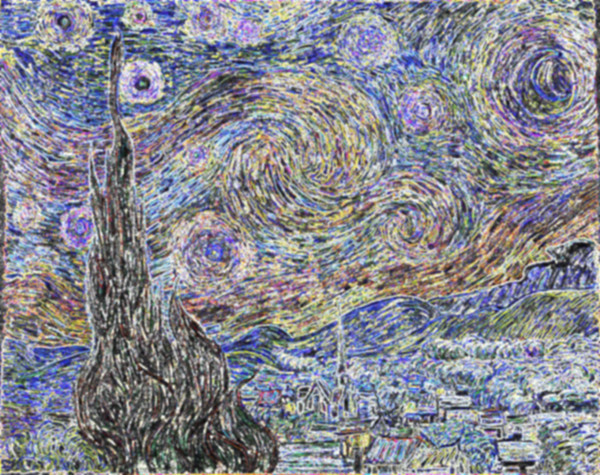 And at this point we have the basic image we'll be working with but the blurring has lost the detail of the texture.  There are a couple of ways to deal with that.  For our first one we'll use more edge detection: 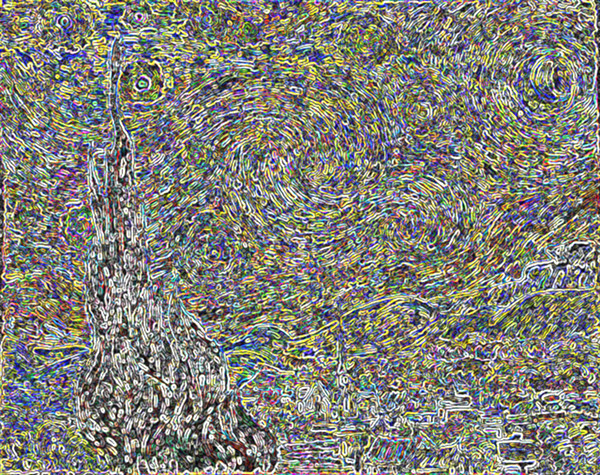 That pile of neon lights that look like they come from someone-who-has-never-touched-a-computer's concept of of what the inside of the internet must look like can be used as a bump map for our main image to give it some of the definition it lost: 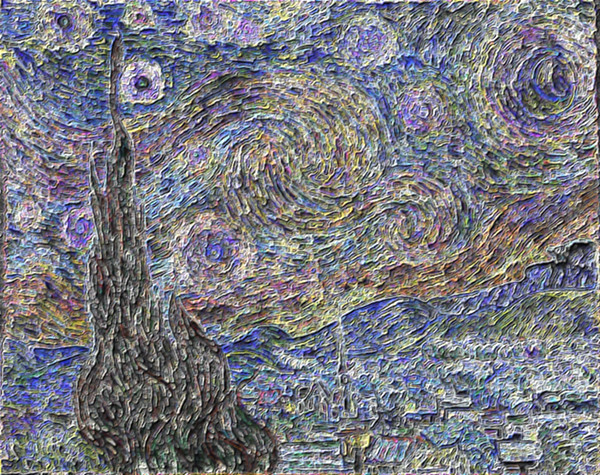 To get more we can edge detect on the edge detect with a different type (laplace) twice over:

Then bump with that too: 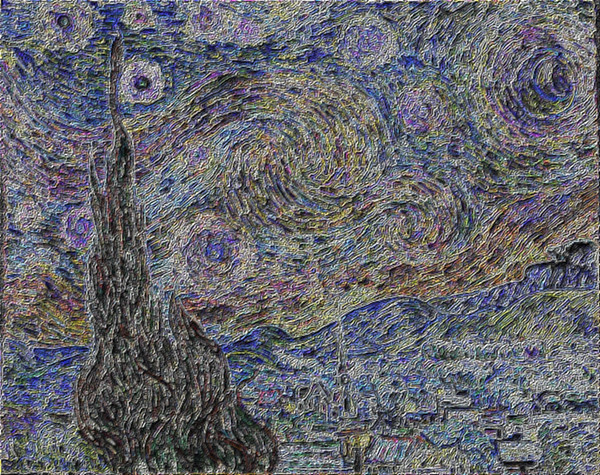 And that's how it's done.

Unless we want to do something like up the saturation again and again, then it looks like this: 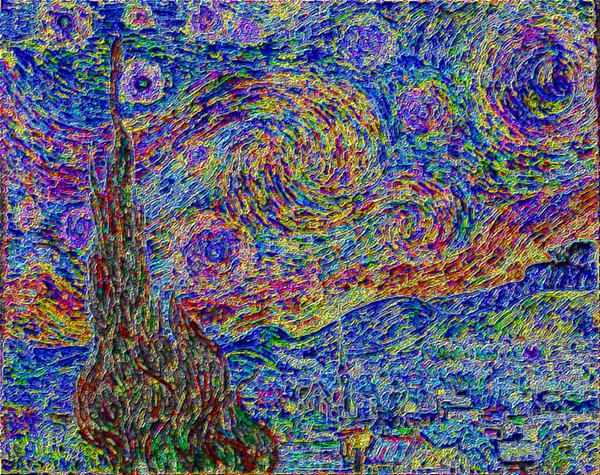 A completely different strategy is to go back to what I said was the main image we'd be working with above and rather than use bump mapping to give it texture and definition  just swap out it's brightness for the brightness of the original: 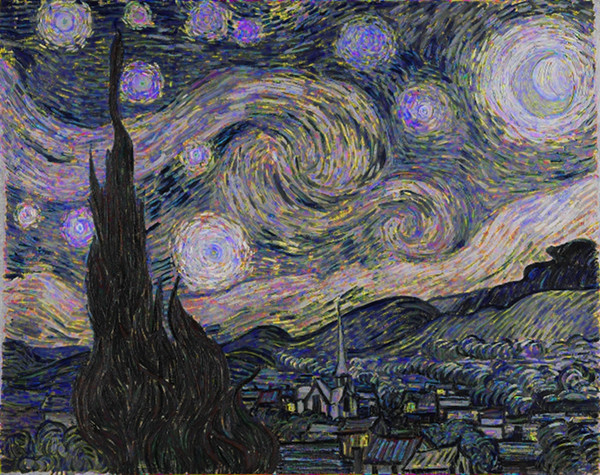 And we can again screw around with saturation: 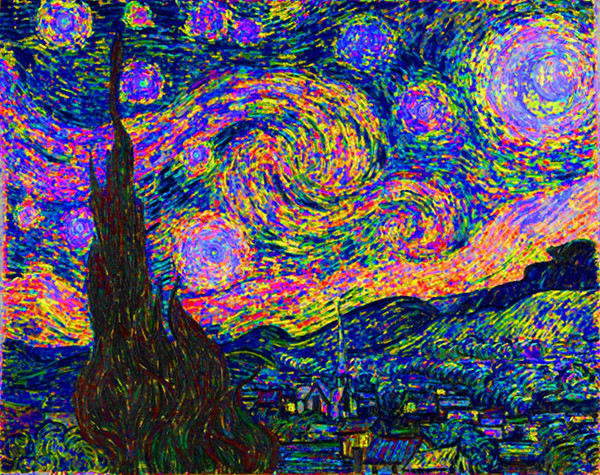 Or we can take the end result of thing one and then replace its brightness with the original, again, this is the sort of thing where seeing things full sized (which you aren't) would help because you'd see the brush strokes and their texture reappear: 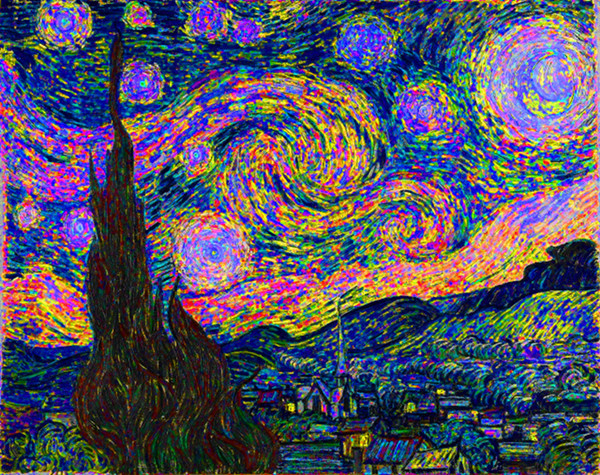 And we can even bump map that just for the hell of it. And, as I said, in part two I'll try to show some of the detail that's lost here.
Posted by chris the cynic at 9:45 PM