Anyone closer to the equator might not fully get what winter is like here.  So I give you a series of photographs, cleaning up after one storm.

One week ago, on the 16th, I got home.  But there was no time for pictures then, I was supposed to have gotten home a day earlier but weather was weathery.  So on Tuesday morning I took this picture: You can see the original, kind of pathetic, job put in.  Not even the whole front steps.

By the night the snow had called for reinforcements. 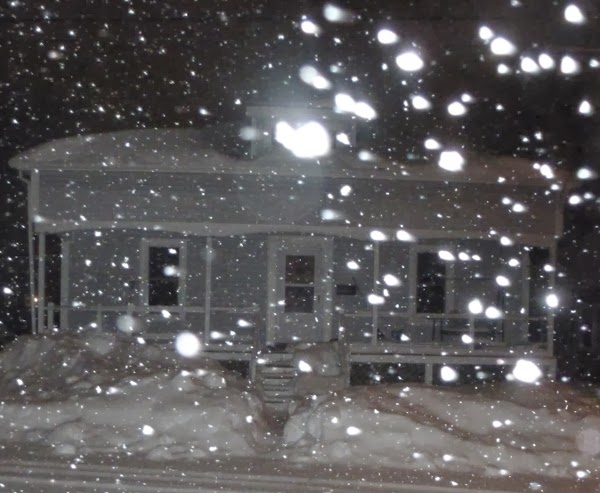 Wednesday was lost.  I only had time to reshovel what had already been shoveled in the morning, and at night there was no time.  Thus Thursday came and looked like this: 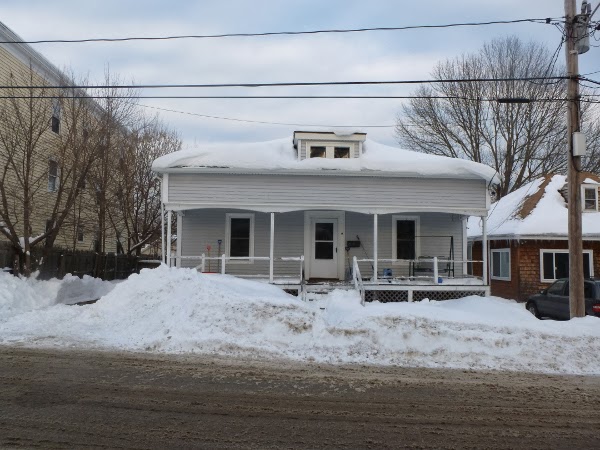 With work that turned to this: 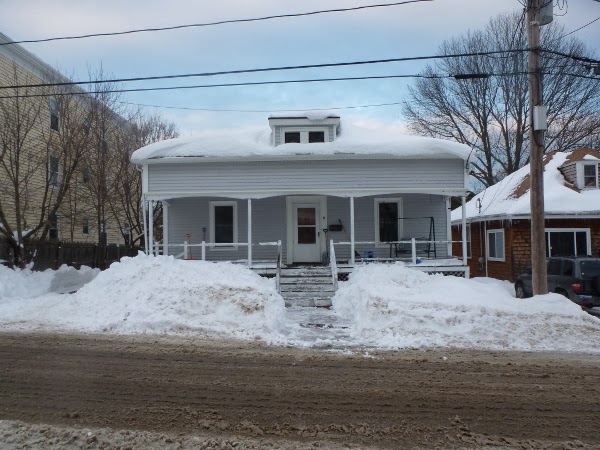 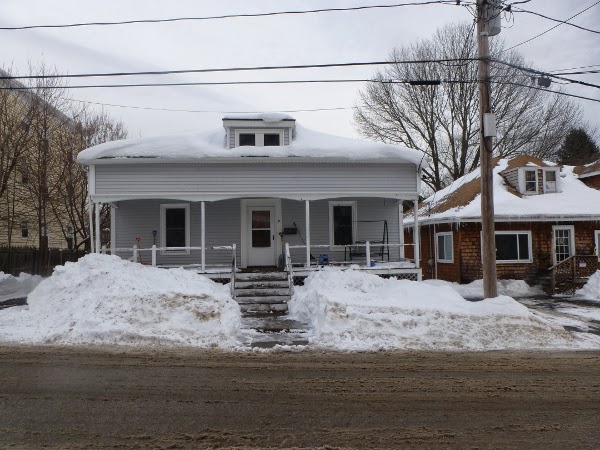 I had finals on Friday and so couldn't get any more accomplished.  Thus Saturday: 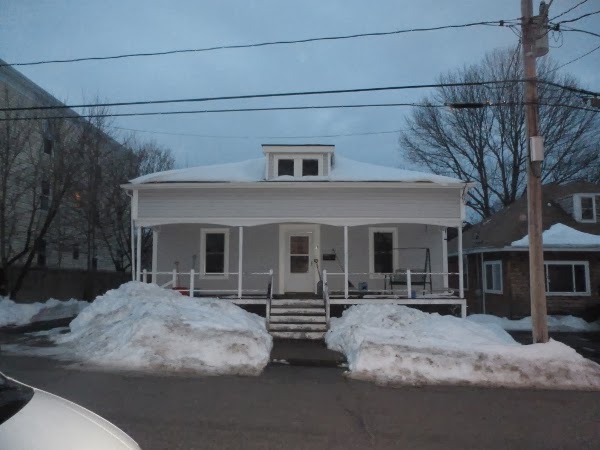 One may notice that the snowpiles got somewhat smaller in this series of three pictures where I didn't do anything.  Nature does help at times.

People across the street with plows attached to their trucks also help at times: 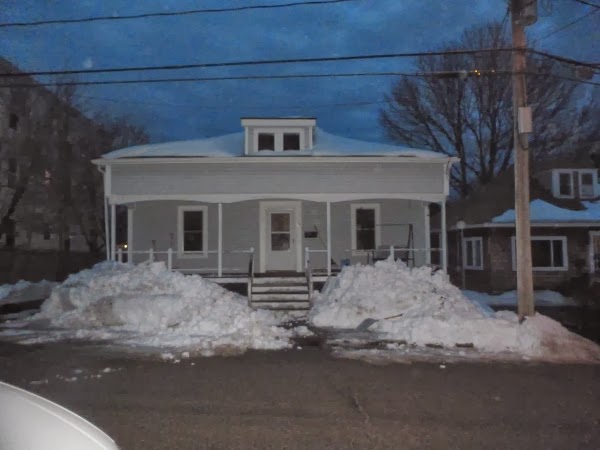 It may not look like much but getting the snow on the image's left closer to the snow pile is in fact very useful.  The image's right was all me.

When I was taking what was supposed to be the last photo of Saturday I forgot a key rule of flash photography in the cold: Don't exhale. Anyway, the point is, as you can see in this image where I held my breath, image right was done: 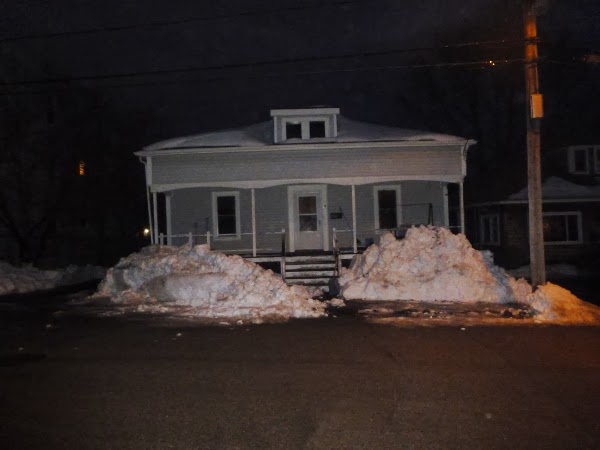 And that brings us to today: 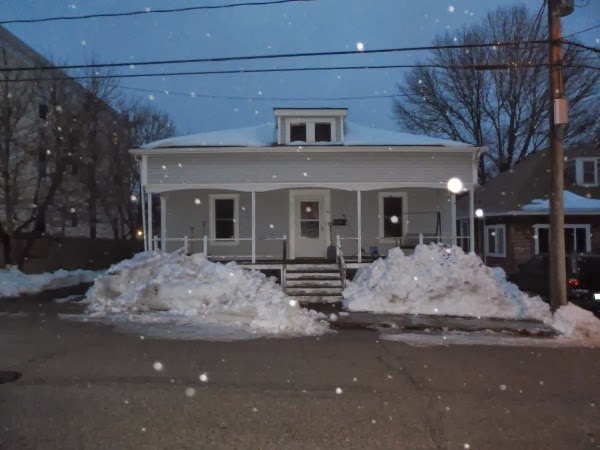 That's not snow, by the way, that's tiny droplets of water.  It was icy as all fuck. 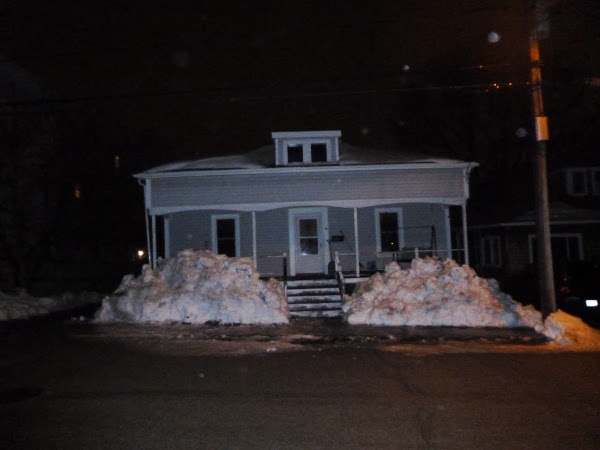 And there you have it.  There was a storm, I've shoveled seven days, and now the sidewalk is finally clear.  All that's left is the driveway and salting and stuff.

That's what winter is like up here.  Or down here if you're oriented differently.  And if one goes north just a little it's several times worse.
Posted by chris the cynic at 6:48 PM