On patent law and copyright law

I mentioned in the post about Lego that patent law is designed to spur innovation and is therefore designed for expiration.

To briefly describe that again:

If you invent something then you can, if you want, try to keep how it works a secret and thus maintain a monopoly on its use forever.  But (big giant capital letter because it's the beginning of a sentence "but") if you go that route you risk having someone figure out how you did what you did, do it themselves, and possibly put you out of business by doing it more cheaply, with more flash, or with a better advertising campaign.

If you want your idea to be protected under law then you have to enter into a bargain.  You don't get to keep secrets.  You have to tell the government your complete idea in enough detail that anyone with the right tools can reproduce it themselves and then the government makes that information public knowledge.  (Seriously, if you've every wondered how something works, figure out the patent number and look it up.  It's all there.)

In exchange the government will prevent anyone else from using your ideas without your permission for the patent's duration.  In the US that's twenty years.  That is all.  Twenty years an not a bit more.  After that time runs out anyone can look at your patent, take from it whatever the fuck they want, and build on your idea.

This is all about innovation.  People are a lot more willing to innovate if they can reap the rewards of said innovation, hence the 20 year monopoly.  At the same time, innovation works best when ideas are shared.  Hence the expiration date.

Want to make a revolutionary new type of coat?  You don't have to get into an extended negotiation with the Universal Fastener Company* in order to use a zipper.  You can just use a damned zipper, not be faced with either bowing to the demands of the UFC or having to reinvent a way to open and close the coat that's quicker and more secure than buttons.

Patents thus represent a trade off between letting people reap the rewards of their own innovations and allowing innovators to draw on as much previous work as possible so they can push things forward instead of being bogged down with inventing ways to solve solved problems that are just different enough from existing ways to not be sued.

This is the system we have and, while it could doubtless be tweaked, it works.

Copyright is something else.

If you create a fictional world which is fucking ideal for examining the way privilege intersects with identity to support certain people while suppressing others ... I'll be dead of old age before anyone can use that to do their own explorations of things that you didn't cover.  My children, if I have any (haven't yet) may also be dead of old age.

There was a time when to get a copyright you had to send in a copy to the copyright office, which you would think would ensure the works survival, but there have been problems with that.  Now, however, whatever you write is copyright protected which is nice because you don't have any hassle before you write your work, but it means that there's no definitive copy anywhere.  It can be lost entirely.

What's more, things go out of print fast.  Depending on exactly what was made, the copyright expires 75, 95, or 120 years after the author has died.  It's not unlikely that the work itself, unless it proved to be a hit that never went out of print, or was something important enough to never leave library shelves despite the limited space, will have basically ceased to exist by the time the author died.  75 years after the author is dead, when you can finally do a second printing that the original publisher refused, good like finding a copy anywhere.

Things aren't just being lost to us living in the here and now.  They're being lost to all future generations because this set up is antithetical to any attempts to preserve books.

Things are not this way for altruistic reasons.  Most authors have stopped seeing rewards from their works ten years after publication.  When copyright was different and authors had the option to renew or let their work become public domain in their own lifetime, most opted to not renew.

Additionally, the rights don't even rest with the authors.  As an author you sell exclusive rights to a publishing company because you don't have the money to do what is necessary to publish, distribute, and promote a book.  When the publisher stops printing, you as an author are fucked.  You've got no rights.

The people pushing for longer and longer copyright periods aren't doing it because they want to keep making money off the work in question (usually; as a counter example Disney is, well, footnote**) but instead because they want out of print things (which is what happens to almost everything protected under copyright) to remain out of print so that they won't have to compete with it.

Originally this was just about preventing other publishers from picking up the work and offering it and thus crowding the market, but these days you can get all sorts of things from before the present copyright laws kicked in online for free.  Free is hard to compete with unless what you're offering is really something special.

Publishing, be it books or movies or games or tv shows or whatevers, is insulated from this competition, though, by the fact that sensibilities change.  This is a graph of what you can get new and undamaged from amazon.com by way of books:

About half way through the 1920s copyright law changed.  Notice something?  If you're not getting the initial offering, and you want to get a book without having to hunt for a used copy in decent condition at a reasonable price you had better the fuck like what has yet to fall out of print or things from before 1923.  A lot has changed since 1923.

And that reasonable price thing is a serious concern.  People understand supply and demand.

For example, I have a copy of of the Official Star Trek Cooking Manual (Compiled by Mary Ann Piccard from the logbook of Nurse Chapel).  Why?  Because my parents were Star Trek fans in 1978 when the thing came out at a cost of $1.95.  (They still are Star Trek fans, by the way, but since Star Trek was viciously murdered by Nu-Trek it hasn't come up much.)

Cost $1.95  Inflation adjusted cost: $7.14.  How much you have to get a copy: $66.99 plus shipping.  That's used.  If you want a copy that has no wear because someone got it thirty-seven years ago and then never bothered to actually open it up and read the thing, you're looking at $171.22 plus shipping.

People understand supply and demand, and since the supply is dead, and the demand still exists, you you've got to pay 3,435%  Part of what this means is that more recent Star Trek Cook Book (with Nelix on the cover) which costs a lot more than the original did (if we adjust for inflation, it still costs three times as much) has no competition from the original Cooking Manual.

If copyright law were like patent law, the Cooking Manual would be available for free to everyone, and anyone with a printing press could make brand new hard copies.  Which is how it should be because growing up with my mom making apple pancakes (something she personally adapted from an old Vulcan recipe for apple omelets) was great.

Also Captain Kirk's chicken sandwich (the one the tribbles ate) has my vote as the best sandwich in all of creation.

And, of course, it was from the book that I learned how to make Romulan Tangerine Lamps: 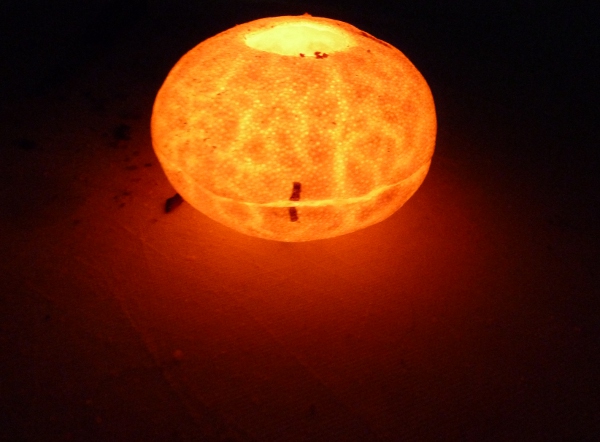 So it would be great if people who can't afford to pay more than 60 dollars for a mass market paperback could get the book.

But, if copyright law were like patent law then people who wanted to cook Star Trek food might go the free option of looking up the Coooking Manual instead of paying the twenty three dollars for the new cook book and the company would lose sales as a result.

An obvious solution would be for the company to make the new book worth the twenty three dollars even if you already have the old book which, given when it was written, only covered the original series anyway.  But why do that when you can just make sure you'll never have to compete?

If copyright law were designed to protect creators, enrich our world, and encourage artistic endeavor, it would probably work something like this:
It looks nothing like that.

So too are video games.  Similar considerations would need to be taken into account.

Also, an appropriate legal definition of what "Out of Print" means would need to be come up with.  It could probably be done by some kind of metric on the ease of getting a new copy.  (Printing one book to say, "Hey, it's still in print," needs to not count as in print, but not doing another print run yet because the book is highly available needs to count as in print.)

So there are complexities involved, for sure, but the point is this:

* It's not called that anymore, for what it's worth.

** Selected Disney movies that would be public domain by the end of the year if copyright duration equaled patent duration:

Actually, wait.  First let me say something.  Keep in mind, as you read this list, that it is merely a sampling.  Not in any way exhaustive.  It's just excerpts.  It is, in a word: short.

Now, obviously, anyone can make a version Cinderella (provided it doesn't use Disney's version), and there are a few things like that on the list.  But, even with something like Cinderella, it might be a good thing we'd spent the last 75 years improving on Disney's version.

There's often (though not always) a strong desire to share your childhood with, you know, children.  But the problem about your childhood, assuming you are not now a child, is that we've made progress since then which means that stuff from your childhood tends to be problematic like whoa.

Email ThisBlogThis!Share to TwitterShare to FacebookShare to Pinterest
Labels: I have a blog, politics