So, after posting the image for the open thread at Ana's I mentioned that in addition to not wanting to include a potential phobia in the open thread image, the bee was also hard to get a good shot of because it wouldn't stay in one place long enough for me to finagle the camera's auto focus into focusing on the right thing. (It's not exactly a top of the line camera, I don't even think it has a manual focus.  I remember when auto focus cost more and manual focus came standard, how things change.)

Anyway, I looked through the pictures again and I noticed this: 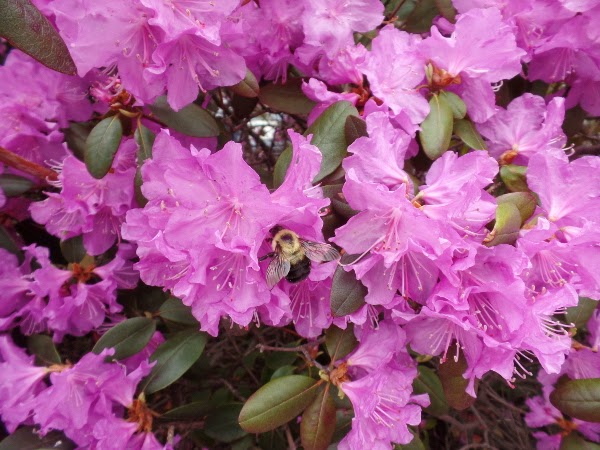 Now that's scaled down a lot because I take huge pictures.  (Why?  Because you can always scale down later but you can't scale up if you took something in crap resolution.)

This still isn't full resolution because I keep things reasonable sized for the blog, but look at the detail on those wings: 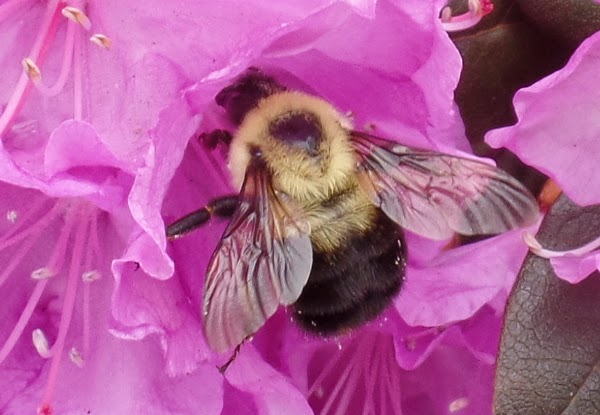 So, apparently I did manage to focus on the bee successfully at least once after all.
Posted by chris the cynic at 9:31 PM