Up to 70% off on Joss Whedon Stuff for the week

Perhaps I'm just jaded but "Up to 70% off" to me means, "Down to zero percent off."  That said, there's probably a bit of an overlap between those who read this blog and those who like at least one thing by Joss Whedon so I give you the stuff listed on the sale page:

Firefly on DVD and Blu-ray:

Dollhouse Seasons 1 and 2 on DVD and Blu-ray: 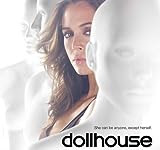 Buffy the Vampire Slayer (movie) on DVD and Blu-ray:

Which gives a total of ten things, though when I think, "Joss Whedon," I don't tend to think, "Buffy the Vampire Slayer, the movie."  In fact, I have a sneaking suspicion that those two were included to get up to double digits which otherwise would have been difficult because Angel and Buffy aren't on Blu-ray yet and they're probably not up for putting The Avengers into this sort of a sale yet.

A Blu-ray is like a sting ray but significantly less cute.
Posted by chris the cynic at 10:43 AM